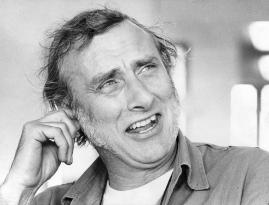 The house that Spike Milligan, the famous Irish ‘Godfather of Alternative Comedy’, once called home is now for sale on Rightmove.

Carpenter’s Meadow, situated in the beautiful surroundings of East Sussex, comes complete with 5 bedrooms, 4 reception rooms, a pool, tennis court, and acres of green gardens. If you fancy relaxing where Spike wrote his poems and plays, or where Paul McCartney came over to play the piano, this is the house for you…

The house was part of the £626,326 estate that Spike left his third wife Shelagh after his death in 2002. The house itself was worth around £500,000 but its value was significantly increased by its contents, such as a director’s chair complete with the famed comedian’s name, and a collection of his wartime diaries. After the comedian’s death almost everything was sold in the auction, including a set of 13 Christmas cards that Prince Charles sent to Milligan in the 80’s and 90’s, which sold for £2,640.

The house itself has been refurbished and modernised since Spike lived there. However, it still has the wine cellar where Spike is said to have enjoyed a tipple or two, and the glorious views of the sea – perfect for poet with a hectic career looking to relax!

The new residents of the property won’t ever be too far from the history of Spike Milligan as you can just about see his grave though the windows, about which he famously said, ‘I don’t mind dying. I just don’t want to be there when it happens’.