Do first-time buyers need to be more realistic about getting on the housing ladder? 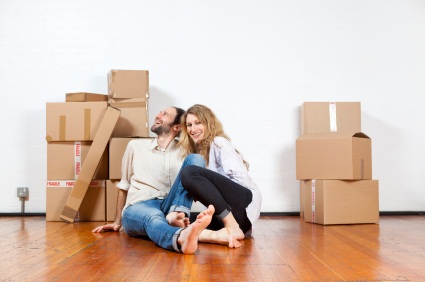 “In my day, we couldn’t afford sofas, we sat on deck chairs for six months after we bought our first home, for £2,000 – in Dagenham.”

Sound familiar? It is the type of comment an older, now equity-rich, home-owning parent might make to their young, renting offspring as they scour the market for affordable but appealing potential first homes.

This week Halifax published some research, which stated that parents think their children should stop going out and going on holiday to afford their first home.

The CML also published data this week, which shows that aspirations are much higher than current home-ownership levels among those aged under 35, but it is far from clear whether and how people will achieve their home-ownership goal.

Is it fair to say that first-time buyers have too much aspiration and not enough realism about their home-ownership goals? Maybe. For instance, it is often quoted that there are no two-bedroom properties for sale in London for less than £300,000. There are, but they will inevitably involve some compromise on location or quality. Part of the problem is that this is considered a compromise too far by some.

Do first-time buyers need to be more realistic about getting on the housing ladder?
Likewise, mortgages do exist that would make decent home ownership affordable to a young couple on a joint income of say, £30,000. Lenders are willing to go up to 90 per cent for the credit-worthy. It is just that the couple might not be able to go on foreign holidays for a couple of years in order to afford the repayments.

While there are lots of first-time buyers out there who are prepared to scrimp and save to get on the ladder, you do get the sense that there is also a fair chunk who are not willing to compromise their living standards to fulfil this dream.

When you consider that a typical first time buyer is now in their mid-thirties, it makes sense that they would find the thought of compromising harder. They might already have a young family, which makes things like going without sofas look very undesirable.

But it is perhaps no surprise that parents, who scrimped and saved, going without such things for months to afford their first home, do not think today’s generation of FTBs are willing enough. Although they are happy to dip into the bank of Mum and Dad, and perhaps, because they know their parents’ coffers are full, they are less likely to muster the willpower to save their own.

Rebecca O’Connor is a property writer and recent first-time buyer who had parental help, but with a smattering of personal savings too @rebeccaoco