A British classic – House from ‘Rita, Sue & Bob Too’ for sale 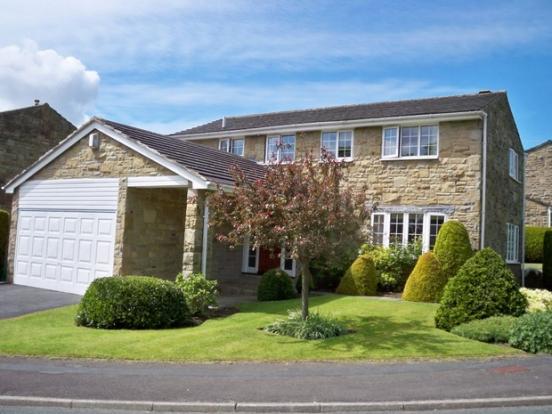 Fans of the 1987 British comedy, ‘Rita, Sue & Bob Too’, can now look around the lead character’s home. The £380,000 property in Baildon, West Yorkshire, belonged to Bob, and was the house where his relationships and love triangle with his babysitters Rita and Sue began.

The property is one of the few filming locations remaining from the film; Rita and Sue’s houses were filmed on location on the Boulevard estate in Buttershaw, Bradford, and have since been demolished. So, this is your one opportunity to grab a piece of the film for yourself!


The house features frequently throughout the film – filmed at the beginning, when Rita and Sue are babysitting for Bob, and towards the end when all three characters end up living there together. You could say that it is the centrepiece of the story!

The detached four bedroom home comes complete with 3 bathrooms, a large lounge, a double garage and both front and back gardens. Even though the interior of the property has been updated since 1987 (including new shower en-suite in the master bedroom) the exterior still looks exactly the same and there have been no structural renovations inside – a bonus for the über fans out there!

If you fancy sitting where Willie Ross sat, sleeping in the same bed that Michelle Holmes slept, or climbing the same stairs that Lesley Sharp climbed, then snap up this piece of cult classic history now!