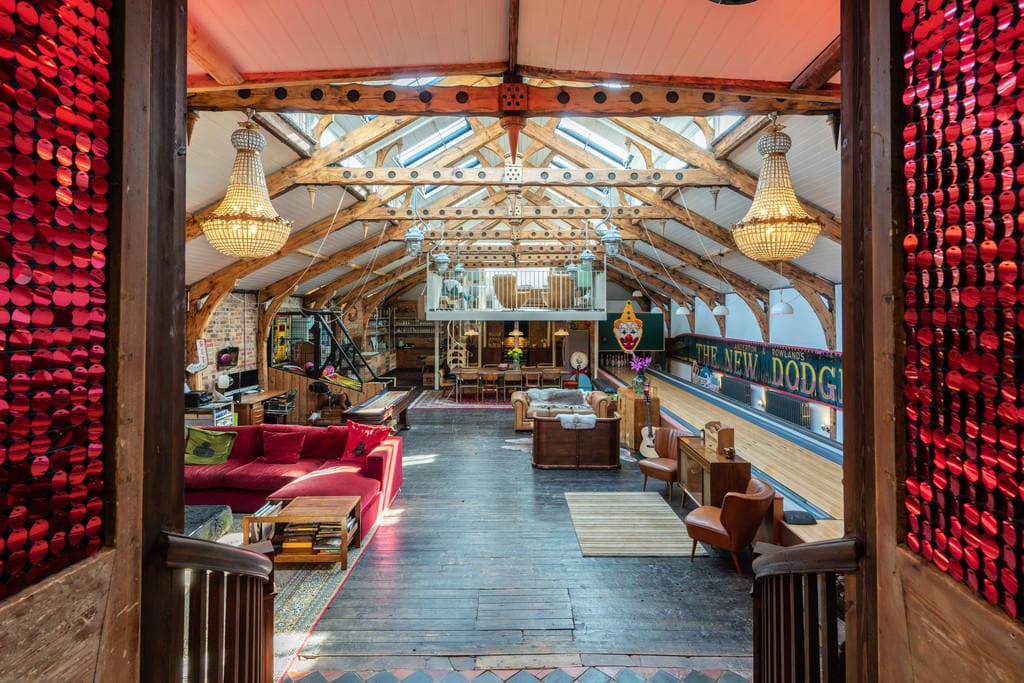 Inside the crazy carnival house with a very colourful history

A former Victorian bathhouse and makeshift Second World War church which stood derelict for 20 years has been converted into one-in-a-million ‘carnival’ house.

This remarkable four-bedroom property, on the market in a quintessential seaside town in East Sussex for £1.5 million, is filled to the brim with whacky features and classic fairground staples.

One of the most interesting parts of the house is the retro bowling alley in the main reception room, which, according to the agent, previously belonged to Chelsea FC owner Roman Abramovich.

Elsewhere in the property, your senses will be overloaded with fairground nostalgia as you’ll notice an arcade basketball game, a giant clown’s face above the bowling alley and even a coconut-shy sign above the sink. 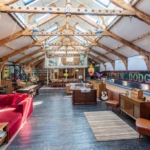 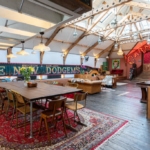 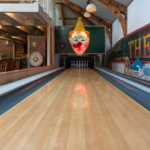 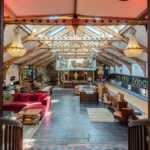 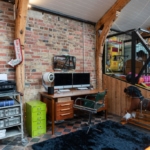 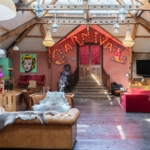 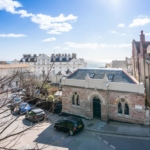 Tom Gilbert, managing director of Platform Property, said: “This house really is one-of-a-kind, I certainly haven’t seen anything quite like it. It’s a genuine one-off and is a truly unique property.

“The building itself is actually an old Turkish bathhouse. The current owners bought it derelict in 2013 and everything you see in there they have done up themselves.

“The seller used to work in a fairground when he was younger so he’s kind of reimagined his youth. They’ve spent serious sums of money converting the property; it’s been refurbished from top to bottom.

“One particularly interesting feature is Roman Abramovich’s old bowling alley. Apparently, he was throwing it out anyway and the sellers got hold of it, it’s an incredible piece of kit.”

The building, which was built in 1871, started life as a Victorian Turkish bathhouse, but closed just six years later.

It was then used as a school building, at which time a swimming pool was added to it. That’s where the cellar is now and is still tiled as it was.

Fast forward a few years and it became a makeshift church during the 1940s when the local parish church was bombed out during the Second World War.

Later, in the 1950s, it was used as a manufacturing hub where glass beakers for science classes in schools were made. 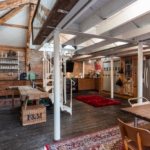 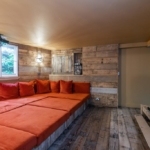 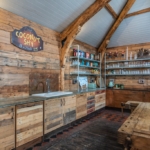 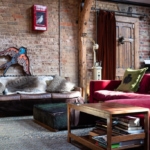 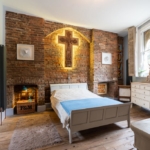 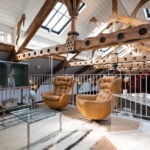 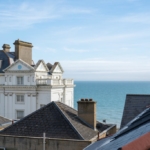 But that eventually shut down and throughout the 1990s the building stood empty. It was derelict for about 20 years before the current owners bought it.

However, in its current guise, the property effortlessly combines an eclectic mix of fun features and boasts a wonderful open-plan living area, a cinema room and a courtyard area with distant sea views.

Rightmove property expert Miles Shipside said: “Looking inside this property I’m instantly reminded of the 80s film ‘Big’, starring Tom Hanks. It’s about a young boy who makes a wish “to be big” and is then aged to adulthood overnight. He moves into his own place, which is a fun and quirky apartment not a million miles, in terms of décor, from this incredible property.

“This is one of the most entertaining homes I’ve ever seen and I’m sure it’s somewhere friends and family will never tire of visiting.”

This property is listed for sale with Platform Property.

Get ready for bigger photos, and much more! 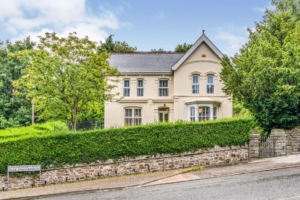 Can you still move home in all local tiers? 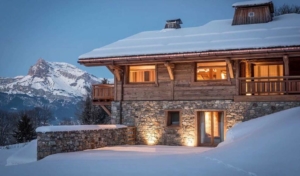