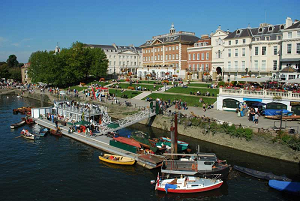 This week’s #InspirationWednesday is the happiest place to live in London, Richmond. For many years, this beautiful borough has been a favourite retreat of royalty, the rich, and the famous, including Catherine Tate and Brad Pitt and Angelina Jolie.

Richmond itself is situated approximately 15 miles southwest of central London, but jump on a fast train from Waterloo and you can get there in 15 minutes – perfect if you want to live in London but without the hustle and bustle of the crazy city lifestyle. With a current population of 21,469, it is clearly a buzzing borough, especially with the prevalence of its commercial and retail centre, meaning that it has a highly developed day-time and night-time economy.

The borough is situated on by the River Thames, which runs for 21 miles through it. You will also find many historic houses, theatres, museums and parks, with one of the most well-known of these being the beautiful Richmond Park. It was founded during Henry VII’s building of Richmond Palace in the 16th century, and the town derives its name from Henry’s earldom of Richmond in North Yorkshire. Due to the royal presence here, many beautiful buildings were built there, particularly in the 18th century. So, if you were to move here, chances are you could settle down in your own slice of Georgian history.

This lovely two bedroom home sits a short walk from Kew Gardens. Within a tranquil and relaxed neighbourhood, this home has light décor and a good layout. The first bedroom opens into the garden and the other also looks into it, giving even more peace and quiet from the outside world! This would be a lovely first home. 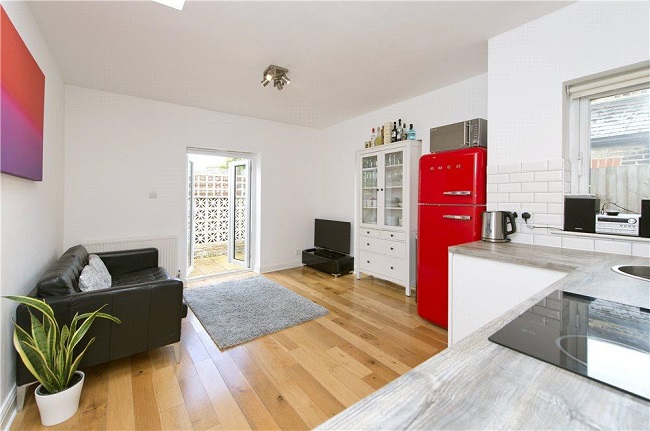 This three bedroom terrace is lucky enough to sit close to transportation links but within a relaxed and leafy setting! Selling with no onward chain, this home has lovely original features, a light and open-plan kitchen/dining area and outdoor space. You could use it as a two bedroom home or convert the second room into an office or nursery easily! 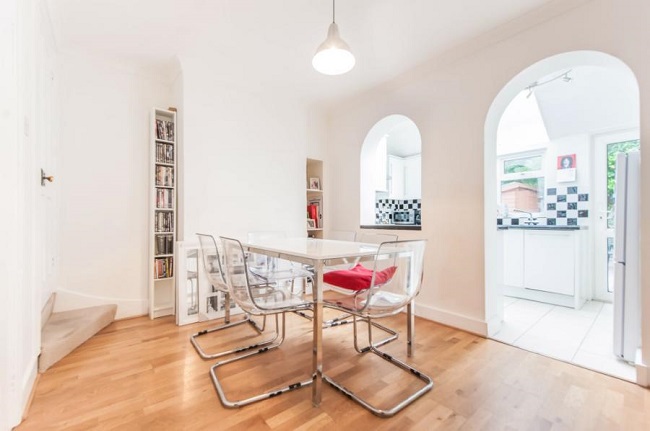 This five bedroom dream home is a gorgeous property, tucked away in the popular area of Petersham, close to Richmond. Sitting 20 minutes train journey from Central London, 10 miles from Heathrow Airport, a short walk along the river to the centre of Richmond, next to the Golf Course and close to some brilliant schools and nurseries, the location of the home sells itself. And once you’ve spotted the open-plan living space, home cinema, gym and hot-tub, we’re sold! 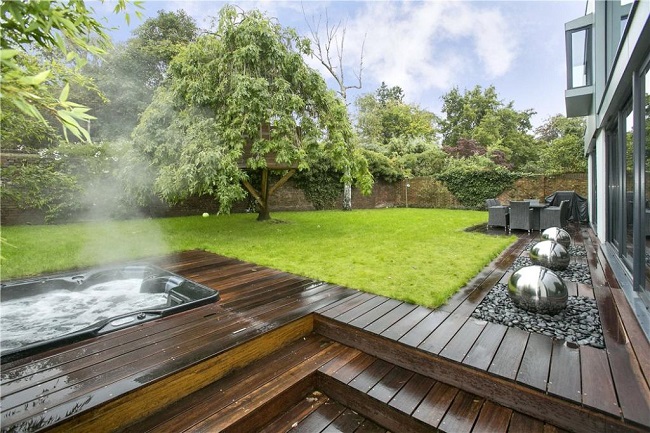