Keep an eye out for Rightmove’s #FindOurDoodle competition this week! 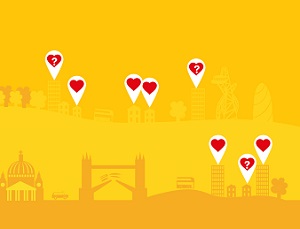 Lucky Twitter users will have the opportunity to win one of three iPad Minis this week in our three part competition.

To celebrate the launch of this year’s Happy at Home Index, we want to celebrate the happiest places to live in the capital! The top three happiest areas of London are Richmond, Kingston upon Thames and Bromley.


This week, we’ll be sharing videos asking you to find our doodle. To enter  you’ll need to correctly guess the landmark from one of the three happiest places in London. Simply tweet us your guess, along with the hashtag #FindOurDoodle for a chance to win an iPad Mini.


There are three chances to win, with an iPad up for grabs on Monday 17th August, Wednesday 19th August and Friday 21st August. Each competition will open at 8.30am and close at 8pm, with the winner announced here after 8.30pm.


Keep an eye out on Rightmove’s Twitter page and get involved!