Scottish island on the market 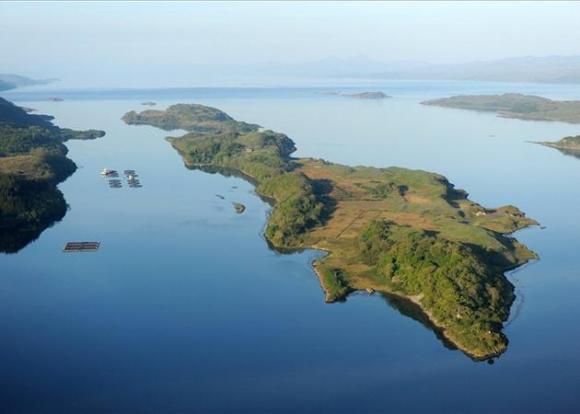 If you dream of owning your own land, living in complete tranquility, or just have £3,000,000 to spare, then this stunning Scottish island that has recently been put up for sale is the place for you.

Check out the views now!

It is only 350 yards from the coast of Scotland, and is equipped with its own helicopter pad – getting around wouldn’t be a problem! Deer, otters, dolphins and ospreys are also regular visitors of the island, and you would have your own personal supply of salmon and lobsters, fished from the surrounding sea.


Aside from the helicopter pad, there are two houses on the 238 acre island, which are currently owned by top City trader Christian Siva-Jothy, a former partner in Goldman Sachs.


Perhaps the most notable former resident on the island is Sir Reginald Johnston, a retired tutor to Puyi, the last Chinese emperor, who lived on the island in the 1930s. Sir Johnston retired to the island and created his own Chinese garden on the grounds, and even had his ashes scattered on the island and on the surrounding Loch Craignish. Other previous prominent inhabitants include a retired Indian Army office, Lord Wilfred Brown and James Walegrave, Viscount Chewton, the brother of the former government Minister William Waldegrave,


So, you would be with good company if you bought the island, and you would be able to enjoy its idyllic woodlands, deep blue Lochs and fabulous wildlife whenever you wanted to!