In spite of rising house prices in London and the South East, with improved liquidity in finance and more mortgage products available, it’s easier for buyers to make a move than it has been for some time. A lot of that is down to positive sentiment, which has increased banks’ willingness to lend and lowered their perception of risk. This same sentiment is what makes people buy property.

I first heard about ‘sentiment’ 10 years ago when I was a junior negotiator. My manager at the time told me that people like to feel it’s the right time to buy, not be told it is. He told me that people always take advice from friends and colleagues over an estate agent.

The UK’s feel good factor, which started with the Olympics last year and continued this summer with the fantastic weather and triumphs in tennis and cricket, has had a positive effect on the sentiment of the whole country. Combine this with sustained good news on the economy and the mood in the country is at its most optimistic for years. All of this makes people think less about losing money and more about trying to improve their life by making the bold decisions that they previously put off. Affordability then becomes a small factor in the decision-making process.

Buyers are overly fixated on the short-term outlook when they should be thinking long-term. Although it’s natural to worry about an investment that is hundreds of thousands of pounds, you need to remember that it’s a home too. Most mortgage products have minimum terms of a number of years, so why worry about how the market is in six months. You wouldn’t be able to sell it anyway without paying a mortgage redemption penalty. The single most important question to ask yourself when you are thinking about buying a home is “can I see myself living there?” You can’t be thinking about what the market will look like in a year or two.
When the housing market was more affordable back in 2009, people were put off buying because of poor sentiment, whereas, now property is less affordable but the reverse is true. The best time to buy is always when the market is at its lowest in the cycle, but the irony is that most people only realise this when it’s too late.

In the current market buyers should be prepared to compromise. You’ll never get a 10 out of10. The best properties will always be just out of your price range. Aim for a seven out of 10 and if you find a property that matches most of your requirements, be brave and go for it. Also, be aware that we’re not in the same market as a year ago; properties are agreeing at closer to the asking price than you think and in some cases are exceeding the asking price. 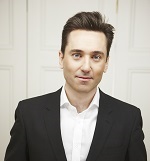 Meanwhile, sellers need to think seriously about their next move and have a plan. The best buyers who pay the best prices will want to move quickly and without delays and you will slow the process down by trying to find a property to move to. Think about breaking a chain to make you more attractive to interested parties, it will make it easier for you to secure the most willing and able purchaser.
Jason Tebb is managing director and founder of estate agency Ivy Gate, which operates across Surrey and South West London.