Home insurance hotspots – where are the most expensive premiums? 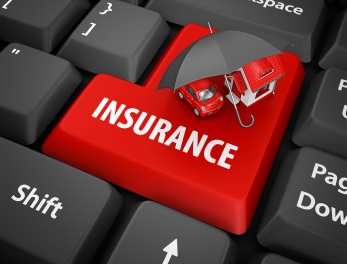 Believe it or not, but looking at home insurance premiums can give you a good insight into an area before you start looking for houses.

Since these prices take into account the risk of events like burglary and flooding, it stands to reason that areas with a higher insurance premium would be a riskier place to live.

Here are the postcode areas in Great Britain that had the highest (and the lowest) home insurance premiums in 2012.*

View 10 most expensive home insurance premiums in a larger map

It comes as little surprise that the top ten highest home insurance premiums came from London. The London area has one of the highest burglary rates in the country, with 13 burglaries per 1,000 population.**

The capital is the most densely populated area in Great Britain, and with more people comes a higher crime rate. Add to that the fact that almost everything is more expensive and to an insurer, London becomes a high risk area with a high price tag to match.

For example, Barnes is an affluent and desirable area populated by celebrities like Brian May and Robert Pattinson, and its expensive housing ultimately results in a higher premium since the houses are going to be more expensive to repair or rebuild.

Excluding the capital, the more expensive house insurance prices tend to be clustered around cities like Birmingham, Manchester and Hull. The East Yorkshire area, including Hull, was hit hard by the 2007 floods and has been affected by smaller scale flooding in 2012.

Similar problems were seen in Boston, which was hit by flooding in June 2012. Lincolnshire council has since spent £90,000 bolstering the flood defences of the town, but these areas in the east of England might always have problems since the majority of the areas sit on a floodplain [Source: Environment Agency]. If you’re concerned about potential flood risk, take a look at how to avoid buying a house in a flood area.

Although 9 of these 10 areas are on the coast, they’re also in areas that have a significantly lower risk of flooding than some areas with the higher premiums – proof that living on the coast doesn’t automatically mean that you’re at risk from flooding.

These areas are also in more remote areas with a much lower population (Aberdyfi, for example, only has 800 residents). As befits the small, sleepy, seaside towns, these areas have less crime than the larger cities, meaning less risk in the eyes of insurers.

What factors influence these prices?

Looking at these hotspots, there are some factors that seem to influence the prices, so it’s worth watching out for these when house-hunting:

Ultimately, the price of a house insurance policy shouldn’t make or break your decision to move to an area, but it might help indicate other underlying factors that aren’t visible at first glance.

Jamie Gibbs writes for the home insurance experts Confused.com. After spending two years living next to students in Cardiff’s city centre, he’s finally making plans to up sticks and head out into the country for a bit of peace and quiet.

*Source: Confused.com home insurance quote data from 2012. In the interest of fairness, postcodes that had less than 1,000 quotes in 2012 were excluded from the list. Average house prices were taken from the Rightmove house prices page.