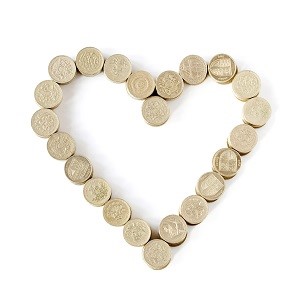 Could your partner be hiding a secret stash of cash? The Money Advice Service’s research reveals a surprising number of married adults have an ‘escape fund’ – a sum of money hidden from a partner, specifically intended to allow them to have the financial means to leave the relationship.

If you are preparing to move in with your partner or get a mortgage together, it could be a good time to have an honest chat about your finances so there are no nasty surprises down the road.

One in ten (9%) married adults in the UK admitted they currently have an escape fund, while an additional 14% said they’d had one previously.

Many people surveyed also admitted they are less than truthful with their spouse when it comes to their actual bank balance. Nearly one in seven (13%) married UK adults has a secret ‘stash of cash’ which their partner doesn’t know about and a further 15% have previously had a secret stash.

While most (41%) cited ‘financial independence’ as the reason for keeping their money secret, 38% were worried their partner would want to spend the money if they knew about it. One in five (20%) kept their cash on the quiet as they wanted to be sure their partner didn’t just like them for their money.

Although hidden stashes of money are likely to cause fractures in a relationship, debt can cause a more immediate and serious impact.

Nearly a third of UK adults (30%) have been with a partner who they later found out was in serious debt. One in five (18%) admitted they have hidden their own debts from their partner. 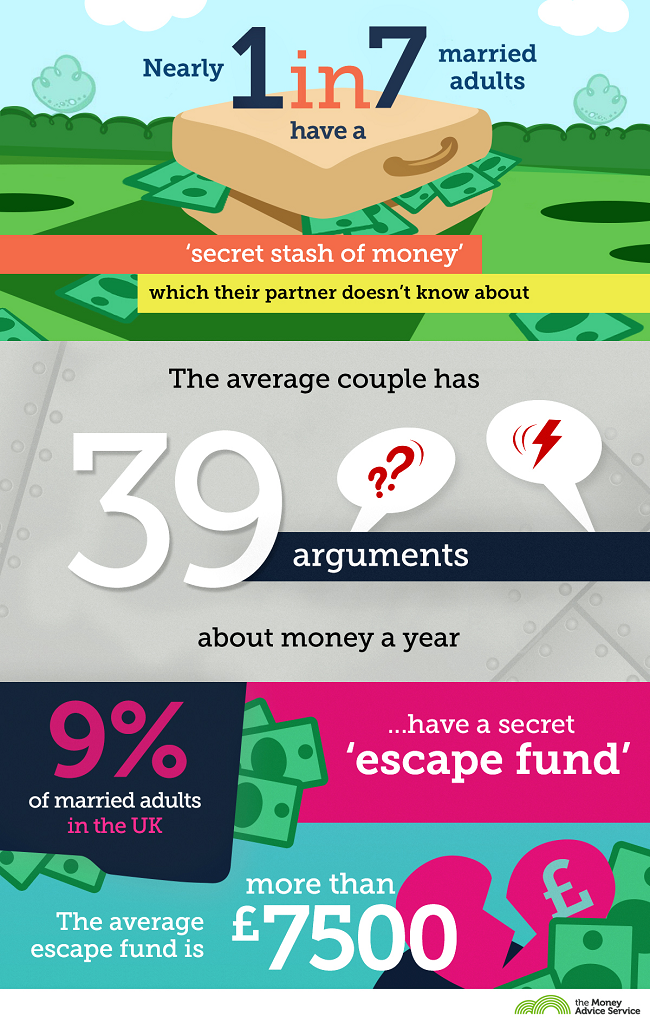 Why it pays to be honest

If you are preparing to make a big financial commitment with someone, it is worth your time to talk to your partner about your finances. There’s no getting around the fact talking about money can feel daunting and can spark arguments – in fact, we found the average UK couple has 39 arguments about money a year.

However, making the time to talk about it when you’re both relaxed (no springing big money chats on your partner!) can pay dividends in the long term. If you’re planning to move in together, talk about some financial goals to share, such as raising money for a deposit. Planning for the things that matter to you both will mean you both have something to aim for.

Don’t forget that two people rarely see eye to eye about money, and if you argue about money, it doesn’t mean your relationship is doomed.

See The Money Advice Service’s guide on more tips for talking about money with your partner.

All information accurate at time of publication

This article is provided by the Money Advice Service.