2014: Prices forecast to rise by up to 8% unless more properties come to market 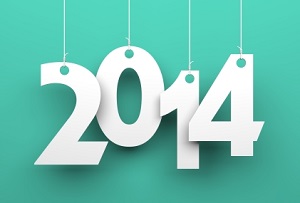 The smallest December fall (-1.9%) since 2006 indicates that the housing market is in on track to build further on 2013’s momentum.

Transaction levels in England and Wales are up 13% so far in 2013* compared to 2012 and, with the release of some pent-up demand, Rightmove forecasts a rise in average new seller asking prices of between 6% and 8% in 2014. Whether the lower or upper range emerges depends on the supply of sellers who come to market in spring next year. With new listings in 2013 up just 2% on 2012, there is a time-lag between transaction growth and new listing growth leading to a further squeeze on property supply.

“There’s a listing gap to fill. While sales transactions are up 13% so far in 2013, the number of newly listed properties is only up by 2%. To help mitigate the upwards pressure on prices it is important that home-owners who have a move on their minds make it a new year’s resolution to spring into action. After six years afflicted by the credit-crunch, there’s a definite window to move up or move on in 2014 before the market’s usual pre-election pause in early 2015.”

We expect the price movements and drivers of activity in 2014 to be highly localised, with some towns and cities within regions generating momentum at a faster rate than others. We have already seen this in 2013 within the more prosperous southern markets with examples such as Bath, Bristol, Cambridge and Oxford all pushing up regional averages. We expect cities like Leeds, Manchester and York to be similar northern hotspots during 2014, though even within these cities, suburbs will increase at different rates. Further south, we predict that London could rise by another 6% and the South East by up to 10% due to the London ripple effect.

Mark Carney, Governor of the Bank of England, recently referred to the ‘lifting of uncertainty’ as a key driver in unlocking pent-up demand in the economy. Rightmove’s latest survey of more than 40,000 potential home-movers shows a greater degree of certainty in the housing market specifically. Four in five (79%) home-movers predict higher prices by the end of 2014, the highest proportion recorded in the five years that Rightmove has run the survey.


Ongoing efforts to build confidence among lenders to lend more, so stimulating greater competition in the higher loan-to-value mortgage market, is essential in delivering a sustainable bottom-up market. It is also essential that lending is responsible, and with lenders implementing the Mortgage Market Review recommendations in preparation for the April 2014 deadline, lending beyond a new borrower’s ability to repay is much less likely. These rigorous standards also apply to mortgage applications under phase two of Help to Buy, the government-backed mortgage guarantee scheme for existing homes.

There is more upwards price pressure in the pipeline as average stock per estate agency branch fell from 68 to 63 properties in the last month. It makes sense for first-time buyers to act early before prices rise, and those looking to trade up should also consider a move as soon as possible before the trading-up price gap widens further.


“With Rightmove experiencing a 21% year-on-year increase in traffic, there is a definite sign of more people sizing up a move. Early spring marketing is the best option for trader-uppers as upwards price pressure could build if stock for sale continues to dwindle. The jump to the next rung of the property ladder could get wider, especially if those who do not have anything to sell can afford to jump in ahead of you. With mortgages still historically cheap and interest rates set to remain stable, if you’ve been putting off a good reason to up-sticks, it could be opportune to make 2014 the year to move.”