April House Price Index – Agents’ views from around the country 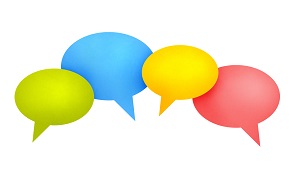 Rightmove’s April House Price Index reported a 7.3% annual rate of increase in asking prices – the highest since October 2007 and takes us back to pre-credit-crunch levels.

“There has been a big imbalance between supply and demand in North Bristol, which means properties have been going for up to 3% over asking price, and there have been a number of block viewings and open houses. At the lower end of the market, more optimism has led to more first-time buyers coming into the market, competing with investors. As the market has picked up buyers have come in quicker than sellers, and this, coupled with a few months of bad weather recently, has delayed more properties coming on. However, listings have been on the up in the past few weeks and so we’re likely to see the imbalance ease over the next few months as we move in to the summer.”

“There is an acute shortage of properties coming to market, making for very competitive bidding, and some of the most desirable and unique properties are going for over the asking price. Although the number of properties coming to market is slightly up compared to the last quarter of 2013, and prices are also on the up, the transaction volumes are still nowhere near those of 2007. I can’t see that improving in the coming months, unless more potential sellers who are currently hesitating about putting their home on the market realise that now would be a good time to do so.”

“The increased consumer confidence has helped more sellers come to market, and there is a nice balance of supply and demand for stock at the minute in Wigan. The market buoyancy has led to some sellers thinking they can list their property for more than its value, but we have been advising people to be realistic in order to help them get the best deal. The plans for more new-builds in Standish will only help the supply of stock further in our area.”

“The imbalance between the number of buyers and sellers has never been greater with 12 buyers registering for every one new property that comes to the market. The severe shortage of new stock is driving prices up, in hotspots like Guildford and other prime markets.”

“It has been widely speculated that London is starting to see a slow return of stock to the property market, however, interest remains so high that properties are selling as quickly as they arrive, leaving many buyers as frustrated as before. Last month alone we saw an increase of 20% of new buyers registering with Foxtons compared to the same time last year and many prime London properties are attracting multiple offers and selling over the asking price. Because of this, buyers who had once focused upon properties in one particular area are more and more likely to have to expand their search. As a result, London is witnessing a ripple effect as the prices of property across zones 2, 3, and 4 are increasing with their new amplified demand. Perhaps unsurprisingly, New Homes are becoming an increasingly appealing option to buyers as they prove to be simpler and less emotional business transactions.”