Asking prices in the capital set fourth monthly record of 2012 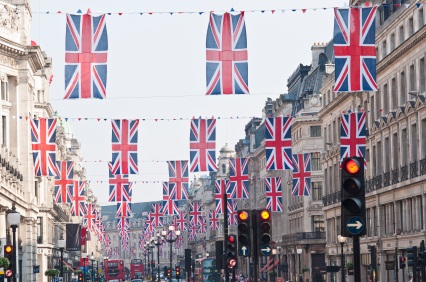 Record prices of property coming to market have again been set in London, continuing the seemingly counter-intuitive credit-crunch trend of suitable property supply failing to satisfy demand. At £477,440, London is up 1.7% (£8,126) on the previous average asking price peak set last month.

“This economic downturn continues to surprise, with the average price of a newly-marketed property in the capital up by almost £40,000 in the last 12 months. This is the fourth month out of six in 2012 that the price of fresh property supply in London has set a new record. Previous recessions have been driven by measures taken to combat inflation, with soaring interest rates and falling prices forcing some hard-up home-owners and speculators to sell. Those higher numbers of forced sellers helped to provide liquidity in the housing market, something the current downturn lacks. The result is a shortage of suitable property for sale in the capital, exceeded by demand from willing buyers aided by a desire to invest cash in a tangible asset and abetted by a low mortgage rate environment”.


Strong rises in the south of the country, and London in particular, have helped to push the national average asking price into new record territory as well.  However, sellers’ price aspirations should also be set in context with the comparatively high level of retail price inflation during the economic downturn. The national property price peak in real terms was in August 2007, which correlates with the problems faced by Northern Rock. Taking inflation (based on the Retail Price Index) into account over this five year period, property coming to market this month is more than 13% cheaper in real terms from a national perspective. However, London is the only region where asking prices have outpaced inflation and are 3% ahead over this period.

“Most sellers coming to market elsewhere in the country are still worse off in real terms than they would have been selling five years ago. The more property-affluent Londoners are the exception, and in the capital the more common rule of thumb is that the rich have got richer. Property has a track record of being a hedge against inflation and London is also seen as a safe haven compared to assets in more turbulent countries or higher-risk markets. Both the record asking prices and the fact that it is the only region to be ahead of inflation in the past five years, shows London property during this economic downturn has been a successful hedge against both inflation and recession”.