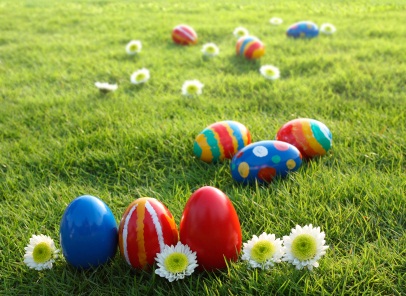 Average asking prices in Wales increased by 2.1% in April to £167,532. The increase came despite unsold stock levels seeing their biggest increase for four years, from 70 to 74 properties.


Rightmove director Miles Shipside comments: “New sellers in Wales are failing to recognise the difficult economic circumstances that potential buyers find themselves in price and have decided to test the spring market by asking an aggressive 2.1% more this month.  Sellers that are keen to sell have the scope to undercut sellers that are being over-optimistic and make their property stand out as more of a bargain. While it is usual for sellers who come to the market in the more buoyant spring selling season of April to ask a bit more, it can spoil the initial impact of a their property if buyers spot it as a bit top heavy on price and decide not to book a viewing”.


With stock levels increasing, Rightmove warns that those looking to move in the spring selling season may have to embrace ‘serious sales tactics’. Miles Shipside suggests the following three elements may be the key to sales success…


–       Price low. “Undercutting similar properties for sale is a must. Agents report that in order to stand out in an increasingly crowded marketplace the asking price has to look like a real bargain rather than merely competitively priced. With the transparency of the internet, potential buyers can easily judge which properties are over-priced”, says Shipside.


–       Push the ‘added value’. “If your property has real ‘added value’ features that give it an edge over similar looking ones, then ensure your marketing really promotes the differences those extra benefits will make to a new occupier’s life. If your advert fails to stir the emotions, then don’t expect to shake local buyers into life”, adds Shipside.

–       Polish till it sparkles. “Remove your rose-tinted spectacles, and look at your property with a diamond dealer’s loupe, as that is the level of critique that many buyers now apply. Immaculately prepared and presented property gems not only stand out, but give less reason for buyers to squeeze you on price”, advises Shipside.


The spring selling season also coincides with an unprecedented run of five bank holidays which may bring its own complications. Agents traditionally report slow activity during Easter and the spring bank holidays, and both May bank holiday Mondays last year were among the slowest Mondays in the first half of 2010 on the Rightmove website. This year the early Easter break and early May bank holiday come in quick succession, with the Royal Wedding in between, giving the potential for an eleven day holiday for many people which may play out as a mini-summer break in the property market similar to the traditional August slowdown.


Shipside adds: “Britain’s bank holiday bonanza could prove an unwelcome distraction for the spring housing market if potential buyers take short breaks and holidays rather than pursuing their next move. At a time when all eyes are on the House of Windsor, will enough eyes be on the houses of those looking to sell in Britain’s over-stocked housing market?”