Brakes removed from housing market as pre-election uncertainty is lifted 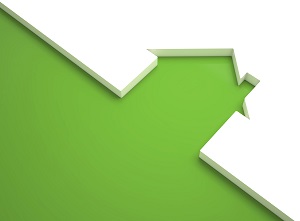 Majority government means some of the brakes now off for prospective buyers and sellers:

This month sees an unseasonal drop in new seller asking prices, down by 0.1% (-£242), a big contrast with May 2014’s +2.1% increase. This is the first fall in the month of May for five years, as some sellers coming to market were forced to price more aggressively due to buyer uncertainty over the election outcome. As the new government grapples with the long-term housing supply issues that contributed to a new national asking price record in April, May’s price pause gives only short-term relief to some buyers. The unexpected outcome of a majority government has released the brakes on buyer confidence and activity, and will exert some upwards price pressure in the coming months.

“Whilst activity was buoyant in early spring with demand for suitable housing outstripping the supply of property for sale in much of the country, it seems that pre-election jitters finally came home to roost in the final weeks of electioneering, with the average price of property coming to market dropping at this time of year for the first time in five years. This is an election-driven price stall which gives some buyers only short-term relief from the back-drop of a long-term housing shortage, and many estate agents are now reporting a resurgence in interest following the surprise election result. Election uncertainty and particularly the threats of financial penalties to landlords and those with properties valued at over £2 million put a brake on the market, and their removal gives a reason for a rebound in activity and prices.”

The new government faces the long-term challenge of delivering on their election promise to build 275,000 new affordable homes in the term of the current parliament.  Due to the shortage of suitable property for sale, even the election uncertainty only caused prices to drop in three out of the ten regions: London (which would have been hit hardest by mansion tax), the North East and Yorkshire & the Humber.

“The underlying supply/demand imbalance has meant the election uncertainty has not had a negative price outcome in seven out of ten regions in the country. However, having been faced with an all-time asking price high in April of £286,133 nationally, any drop is welcome to those at the upper end of the stretched affordability curve.”


The annual rate of increase is down to just 2.5%, the lowest since April 2013. With average wage rises beginning to outstrip Retail Price Index inflation, some buyers may be willing or able to pay higher prices given the more certain political outlook and enticingly cheap mortgage rates. However, sellers who think they have the upper hand due to the lack of property for sale should be aware that a surge of new competition could be on the way, giving buyers some extra negotiating power. In the three months after the May 2010 election there was a 17% jump in the number of properties coming to market compared to the previous quarter. With a majority government in power and record spring traffic on Rightmove, early indications from estate agents suggest that the next quarter could see another surge in property coming to market.

“Buyers should note that there is often a surge of property supply after an election, as those who have held off coming to market decide to take the plunge. Many potential sellers may have held back expecting a period of hung-parliament uncertainty, but they could now decide to catch the late spring market. In a traditional tight-stock market an increase in supply of available property and greater competition among sellers to attract buyers may moderate their price expectations and make them more open to an offer. The previous election saw jumps in new seller numbers in all regions of the country, with London and Wales leading the way with over 20% more properties coming to market. There may be a window for buyers to act now in this late spring market before prices rise in the next few months.”