Could Help to Buy offer Generation Rent motivation and hope? 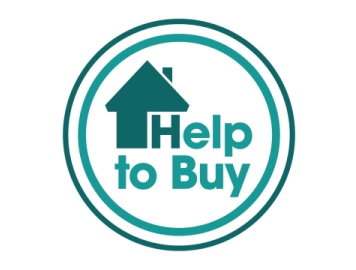 Only two in five (42%) ‘trapped renters’ – tenants who would like to buy but can’t afford to – are currently actively saving for a deposit to get them onto the housing ladder. And of the 58% that haven’t yet started saving, two in five (41%) haven’t even set a date to start. Rightmove’s latest survey highlights some of the challenges facing Generation Rent in their bid to graduate from ‘tenant’ to ‘first-time buyer’.

“For those who haven’t started saving, home-ownership must seem so far away that many find themselves in a hopeless situation. On average, the monthly rent accounts for 37% of tenants’ take-home pay and even those that are able to save anything at all are only saving around 10% of what they bring in each month.”


58% of tenants are currently ‘trapped’ in rented accommodation – up from 56% this time last year –yet only two in five (42%) of these are actively putting money aside to get them onto the housing ladder.


When asked to evaluate how their saving efforts were going, only one in twelve (8%) current savers stated they were ‘on course’ to meet their target deposit. 40% said that while they could only afford to save a little each month they’d ‘get there eventually’. A further 39% said that as they weren’t able to put enough away they would ‘need a windfall’ in order to reach their goal.

“The all-important deposit has been the stumbling-block stopping many from graduating from tenant to first-time buyer in recent years. Even those who’ve been diligently saving, are still left hoping that their lottery numbers come up or the Bank of Mum and Dad proves less picky with its lending than the High Street banks. However, the Government’s proposed new Help to Buy scheme could yet prove to be a ‘virtual windfall’ for Generation Rent by lowering the deposit hurdle to 5%.”


While a third (33%) of ‘trapped’ renters state that getting on to the property ladder is their number one priority, not all appear quite as committed to this goal. Around one in four (23%) are most concerned with ‘living in a desirable area’ and, naturally, starting/growing a family (11%) and getting married (9%) take precedence for some. However, 16% say that their priority is ensuring money ‘for leisure time’ and 8% that they are able to take regular holidays, making up nearly a quarter in all.


“Some are making big sacrifices and even putting plans of marriage or starting a family on hold in favour of owning a property, though some still see money for leisure and holidays as their number one priority. Perhaps their wish of owning a property seems so far out of reach that they have given up all hope? Or perhaps in George Osborne they have an unlikely Fairy Godmother as the Government’s new Help to Buy scheme may prove to be the incentive they need to start saving?”

Click here to learn more about Help to Buy