Estate Agents share their views on this month’s house prices 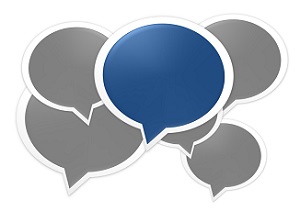 This month’s House Price Index showed earlier than usual signs of autumn activity picking up as September’s new listings come to market with asking prices 0.9% (+£2,474) higher than last month, the first rise at this time of year since 2011.

Agents across the nation shared their thoughts on these findings:


Simon Wilkinson of Wilkinson Estate Agents in Milton Keynes, Winslow and Leighton Buzzard says:
“With the relatively benign economic conditions, the influencing factor in the market has reverted to a strong seasonal one, with a surge in activity already this autumn. The prospects for an expansion in supply look good with many more home owners considering a move before Christmas and we expect to see the stock of property for sale increase and provide more choice, and with it should come a softening in house price inflation and stabilisation in the market.  A naturally occurring return to economic normality is most welcome albeit this is likely to be short lived as there remains a fundamental imbalance of supply, specifically in the delivery of new homes to meet the needs of population growth and changing lifestyles.”


Ian Cope of Leaders in Hampshire says:
“We successfully sold the family homes we had available earlier in the year and then as usual families who had not yet made the decision to sell held off until after the holiday season. But now we have seen renewed interest from vendors looking to get moving ahead of Christmas. Demand levels have stayed quite consistent but obviously the increase in new instructions is giving buyers a good choice of suitable property.”


Tony Morris Eyton, Savills head of country house sales in the northern region, says:
“Even if values aren’t rising, activity and general sentiment are much more positive than earlier in the year. Buyers are still cautious and savvy but they are demonstrating far more commitment, particularly in the market below £400,000 and specifically in towns and more urban areas. Nottingham is as an example of a large regional centre in the Midlands where activity is thriving and in Shrewsbury the market has picked up significantly.”


Nick Hougham, Operations Director of haart London said:
“In the past few weeks there’s been a surge in prospective buyers registering with us, alongside more properties coming to market now that people are back from holiday and kids are back to school.  September is a key month for those who definitely want to move by the end of the year to act.   There are still more applicants than sellers in many parts of London with some recent in-demand hotspots including Brixton, Streatham and Croydon, as well as Ilford and Romford.  Areas at the end of commuter lines such as Stratford are also becoming more popular as new money and regeneration drives demand.”