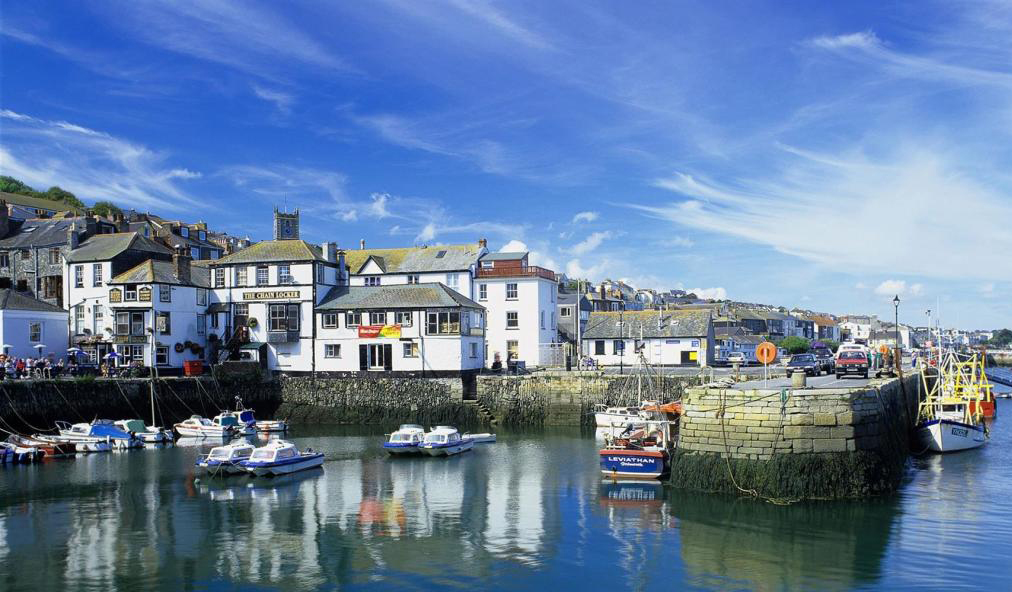 Homes in waterside locations across Britain are attracting lots of interest right now as the weather warms up and many of us plan our summer staycations for when restrictions are lifted.

But after a year of lockdown periods, many home-hunters are looking to make a more permanent lifestyle change by moving to an idyllic coastal location.

We take a tour of some of the most popular waterside towns and villages.

Saltburn-by-the-Sea is a popular seaside town on the North East coast of England.

It’s a much-loved surfing spot with its wide, sandy beach and is also home to Britain’s oldest water-balanced cliff tramway, which runs from the pier up to the town centre. It’s also famous for its fish and chips which can be enjoyed on Saltburn’s 600ft-long Victorian Pier.

We have seen a jump in searches for homes in this coastal spot in the past week since it appeared in BBC Two’s Remarkable Places to Eat. Presenters Nadiya Hussain and Fred Sirieix stopped by The Seaview Restaurant to sample the local crab brioche – and they were big fans to say the least!

With an average asking price of £205,533, charming Victorian houses, good local schools and train links, it’s easy to see why Saltburn-By-The-Sea has been named as one of the best places to live in Britain many times. 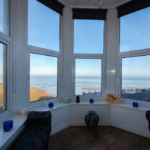 Search for more homes for sale in Saltburn-By-The-Sea

Another coastal town with a magnificent Victorian pier is Swanage in Dorset, the most easterly town on the Jurassic Coast, just six miles from Poole and Bournemouth.

Just last week Swanage in Dorset was named as one of the best places to live in the South West by The Sunday Times, which cited the area’s old-fashioned seaside charm and recently restored pier among its merits.

Swanage is also a great location for surfing and sailing, with a busy regatta and carnival week every summer.

There are plenty of handsome Victorian terrace houses and bungalows dotted around the town, along with contemporary sea view apartments springing up along the coastline. The average asking price for homes in Swanage is £394,762.

The Purbeck Hills are also nearby, along with the lovely villages of Langton, Matravers and Harman’s Cross.

Search for homes for sale in Swanage, Dorset

We recently revealed that Cornwall has now overtaken London as the most searched for place on Rightmove for buyers.

There were more than five million searches on Rightmove in February 2021 as the number of home buyers looking for a dream home in Cornish towns and villages soared.

The small fishing village of St Mawes, opposite Falmouth on the Roseland Peninsula on the south coast of Cornwall, has been getting lots of attention in the past week from potential buyers, and it’s easy to see why.

The village is centred around a beautiful south-facing harbour and beaches and the local restaurants are famous for serving up fine Cornish seafood. It’s also a popular spot for boating and yachting.

The average asking price of a home here is £963,398, but the area’s grand, sea view mansions are priced quite a bit higher.

Take a look at what you can buy around St Mawes, Cornwall

The thought of living on a remote island may have appealed to many of us in the past 12 months, and the rugged beauty of the Isle of Arran is certainly appealing to lots of potential buyers right now.

Off the west coast of Scotland, Arran is the largest island in the Firth of Clyde and has been described as ‘Scotland in Miniature’ with its mix of historic castles, mountains, glens and lochs. Regular ferries run from Ardrossan in North Ayrshire to Brodick in Arran.

The island has a mix of traditional villa-style homes, farmhouses and bungalows, with average asking prices of £266,792.

Search for homes for sale on the Isle of Arran, Ayrshire

The picturesque seaside village of Rottingdean is another popular coastal spot for potential homebuyers.

On the South Coast of England, it’s close to the larger tourist resorts of Brighton and Hove, but boasts it’s own charming seafront, village green, and bustling high street – as well as a famous windmill. The South Downs are also on the doorstep.

Take a look at what you can buy in Rottingdean, East Sussex

READ MORE: Take a look at first-time buyer homes in every region

The header image for this article is of Falmouth Harbour, near St Mawes, and is provided courtesy of Laskowski & Co, Falmouth