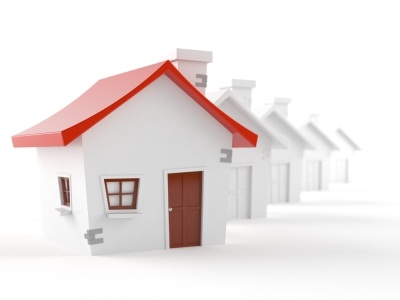 Research by Rightmove reveals that two in five of those who intend to sell over the next 12 months are motivated by a desire to ‘trade down’. The statistics were gathered as part of Rightmove’s Consumer Confidence Survey and were reported in the Rightmove House Price Index for May.

Respondents who stated they intend to sell over the next 12 months were asked their main motivation for moving. Those ‘trading down’ include the traditional three Ds – Death, Debt and Divorce – as well as home-movers stating retirement, equity release and smaller property needs as their main motivation. This compares to only one in four who are looking to ‘trade up’, which groups growing family, more space and school requirements amongst people’s stated selling motivations.


“We have an ageing population, with more old people at the top of the chain trying to downsize and fewer at the bottom trying or able to trade up. Some people may be facing redundancy and looking to reduce their outgoings, and others may be looking to supplement their underperforming pension pots. The borrowing difficulties now facing traditional trader-uppers is making the mismatch greater, while downsizers face fewer issues as they are looking to release capital rather than borrow more. As well as being a reflection of the current mortgage squeeze preventing more people from trading up, age demographics are also a major and growing factor, which will exacerbate the mismatch and lead to further market deadlock. The baby boomer generation, who have been considerable beneficiaries of housing equity growth, are now of an age where they are contemplating trading down. The number and financial ability of trader-uppers to balance the numbers of those who now wish and are able to trade down appears to be out of kilter.”


Trading down was the main motivation for moving in nine of the ten regions of the UK. Only in London does trading up come top of sellers’ requirements, providing further evidence of the two-speed housing market in the UK. London is generally more affluent and has a higher concentration of equity-rich homeowners with the means to move. Across the rest of the UK there is a greater level of activity from those looking to trade down. Two in five of those who intend to sell in the London area in the next 12 months is to ‘trade up’. Their motivation includes growing family and space requirements, including schooling. This compares to just less than a third who are looking to ‘trade down’.


“With more Londoners looking to trade up rather than down, there will be further upwards price pressure if the supply of suitable property for sale, both new build and resale, is not increased. With all other regions of the country having more down-traders than up-traders, this is further evidence of the two-speed housing market in the capital compared to the rest of the UK. The greater concentration of affluent equity-rich buyers in London means it is more likely they can afford to trade up in their quest for a larger home and the associated benefits.”