Home-movers in Wales confident of price recovery by mid-2011 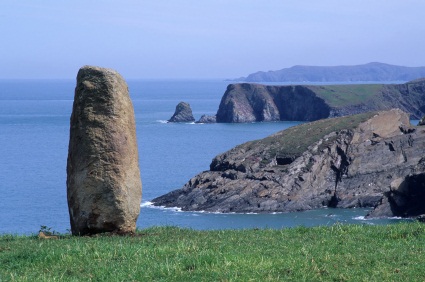 The latest Rightmove Consumer Confidence Survey finds that the proportion of people in Wales expecting prices to be higher one year from now has dropped from 50% to 35% since last quarter. This view, taken from 723 prospective home-movers in the region, comes despite a combination of factors exerting downward pressure on prices during the second half of 2010. The majority remain bullish with 72% of respondents reporting that prices will either be the same as now or higher by July 2011, falling back from the 84% recorded in our April survey.


The results are taken from responses to our quarterly question – “Where do you think average house prices will be one year from now?” – providing a first major insight into the property market outlook of potential home-movers in Wales since the change in government and announcement of austerity measures.


Miles Shipside, commercial director of Rightmove, comments: “A 15% drop in people expecting prices to be higher in a years’ time is a significant shift. However, around three-quarters of people in Wales still believe that prices will either be the same or higher in 12 months’ time, indicating expectations of price stability in the medium-term. This suggests that either the Government cuts have not yet bitten hard enough to knock the inherent belief in property as a long-term safe-bet, or that there is a strong sense that the property market’s ‘dark days’ are behind us”.


Overall the survey indicates a degree of confidence that the new Government’s austerity measures will be bearing fruit in a years’ time. The medium-term view of the majority of respondents appears to be that by next summer, the immediate concerns of property oversupply, mortgage famine, and the personal financial pain of the recovery process, will have eased. However, 22% actually believe prices will be lower one year from now, though this ‘nervy minority’ has increased from 11% last quarter.


Shipside adds: “The ‘price-optimists’ still out-number the ‘price-nervy’ by three to two in Wales, but with austerity measures starting to bite, a growing nervousness is to be expected. Given that house prices are anticipated to fall in the second half of 2010, it is reassuring that a bullish 72% believe that house prices will recover to be the same or higher by the summer of 2011. This is largely dependent on the return of mortgage availability which, unfortunately for frustrated would-be home-movers, may prove to be a longer game than they anticipate”.


Confidence levels across the Wales appear broadly similar this quarter with respondents in Cardiff the most confident of higher prices in 12 months’ time (39.1%).