Home-movers spring into action as Rightmove records busiest January ever


Property searching stormed back into action in January resulting in a clutch of new records for Rightmove, the UK’s eighth busiest website.


Enquiries via Rightmove from prospective buyers, sellers, landlords and tenants to agents and developers rose to an all-time high of over 4 million in January – around three every two seconds – up 109% on December 2013 and 61% on the same period last year.  Email enquiries rose to 1.6 million and phone leads hit 2.45 million.


All ten of the busiest days ever recorded on Rightmove were in January 2014 with the top two busiest both being Sundays – 26th and Sunday 12th.


Page views, the best indicator of activity on the site as people search for their dream home, broke through the 50 million barrier in a single day for the first time.  Over the month, page views hit 1.44 billion, or more than 500 a second.


Investment by Rightmove in new and updated apps and developments on the mobile site contributed to nearly half of all page views on the busiest day (43%) taking place on mobile devices.


Monthly visits added another site record, up 29% compared to January 2012 to 69.7 million people on the main site and mobile site.


The sold prices section of the site, where people can look at how much homes in their own street or the area they are thinking of moving to sold for, saw a 49% increase on last year, up to a record 19.3 million for the month.


Commenting on the records and confidence in the housing market, Matthew James, Head of Communications at Rightmove, says:
“The start of the year is a traditionally busy time in the housing market but this January has surpassed all records and expectations.  These records show unprecedented levels of activity with home-movers getting through pages of property on Rightmove at a rate of 500 a second and making enquiries to agents and developers at a rate of three every two seconds. Increased confidence is certainly a major factor in this and the return of affordable mortgages for those with a 5% deposit is also helping to give more first-time buyers the impetus to start looking. Whilst some may take this as evidence that a bubble is forming, it’s worth remembering that the market across the UK has been in the doldrums for many years and what we are seeing is partly an overdue release of pent-up demand and is part of the housing market recovery process.

“To make it as easy as possible for people to find their dream home we have been constantly investing in the main site and mobile platforms, especially as searching on Rightmove is shifting increasingly to mobile devices which in turn has sped up the pace of searching for a property.  People are looking online while out and about, even in between house viewings in some cases, and they can now find new properties that have just been added to Rightmove more quickly than before.”


As part of its ongoing commitment to give users what they want when looking for property, over the past few months Rightmove has introduced bigger images on the desktop and mobile sites, a new broadband tool to show speed and availability, new apps for the Windows Phone and tablet and updated apps for iPhone, iPad, Android and Kindle. 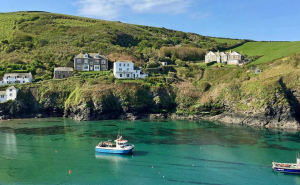 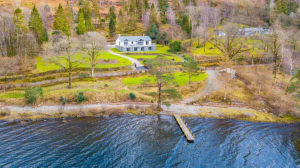 See inside the five most-viewed homes of the month 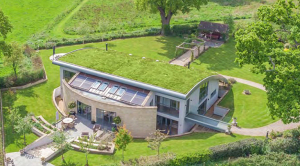