House price optimism is on the up

House price optimism is at its highest for seven quarters, Rightmove’s latest quarterly Consumer Confidence Survey of over 40,000 home-movers finds. 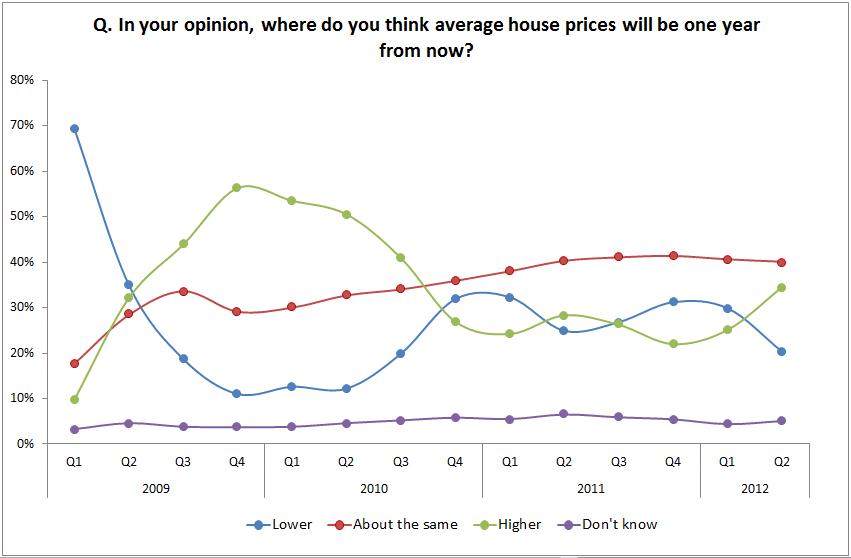 More than a third of respondents (35%) expect house prices to be higher one year from now, the highest level since the third quarter of 2010. The survey also finds that the proportion of those expecting house prices to be lower in 12 months’ time is also at its lowest level (20%) for seven quarters.

“While the most common view remains that property prices will be about the same one year from now, this is the most upbeat price forecast Britain’s home-movers have delivered in nearly two years. Confidence plays an important role in motivating those who can afford to buy to actually go ahead and transact. By self-selection, many of them are hunting in the same better-heeled locations which in turn builds greater momentum and price rise expectation in these more affluent areas. Conversely, lower levels of activity in less well-off areas spreads negative sentiment fuelling falling price confidence.”