How long does it take to secure a buyer in London? 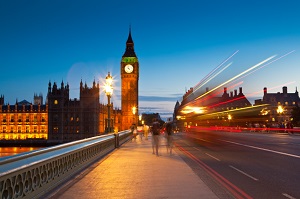 Properties across London are selling nineteen days faster than this time last year with the average time to sell in London now 41 days, compared to a national average of 65 days.

The fastest selling boroughs are Lewisham and Sutton with an average of 29 days until a sale is agreed, and seven of the top ten fastest selling areas across Great Britain are all London boroughs.


At the slower end of the London market sit the expensive boroughs of Kensington & Chelsea at 82 days and Westminster and Camden, both at 66 days.


Looking outside of London, properties could be for sale for an average of more than 100 days before a deal is made in the slowest selling locations, with areas in Wales and the North making up the majority of the slowest list.
Click here to see the full report. 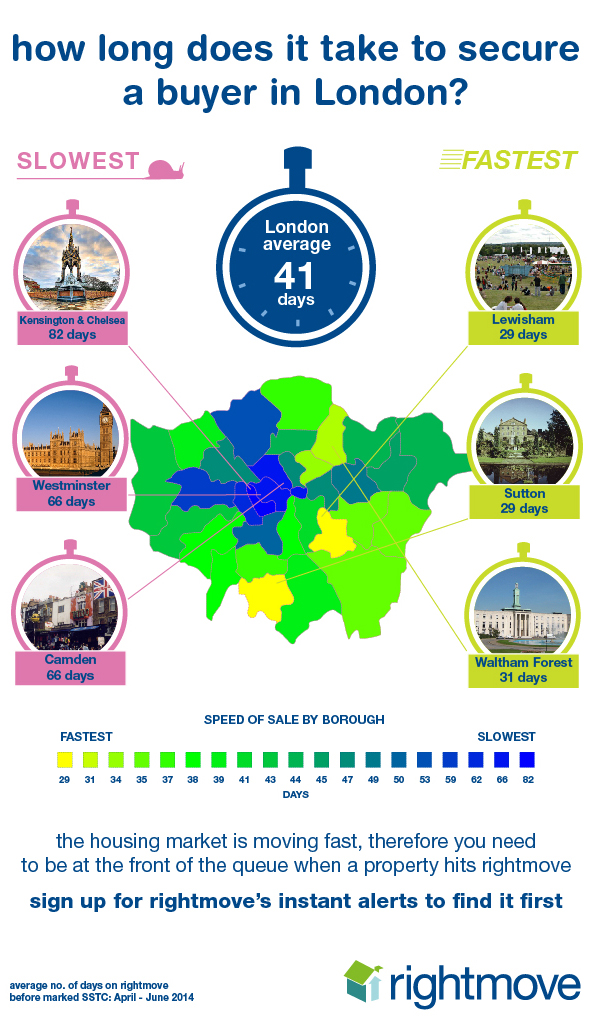 The new data includes all properties that were changed to Sold Subject to Contract (SSTC) by agents during April to June 2014, and measures the interval of time since they were first listed for sale on Rightmove. 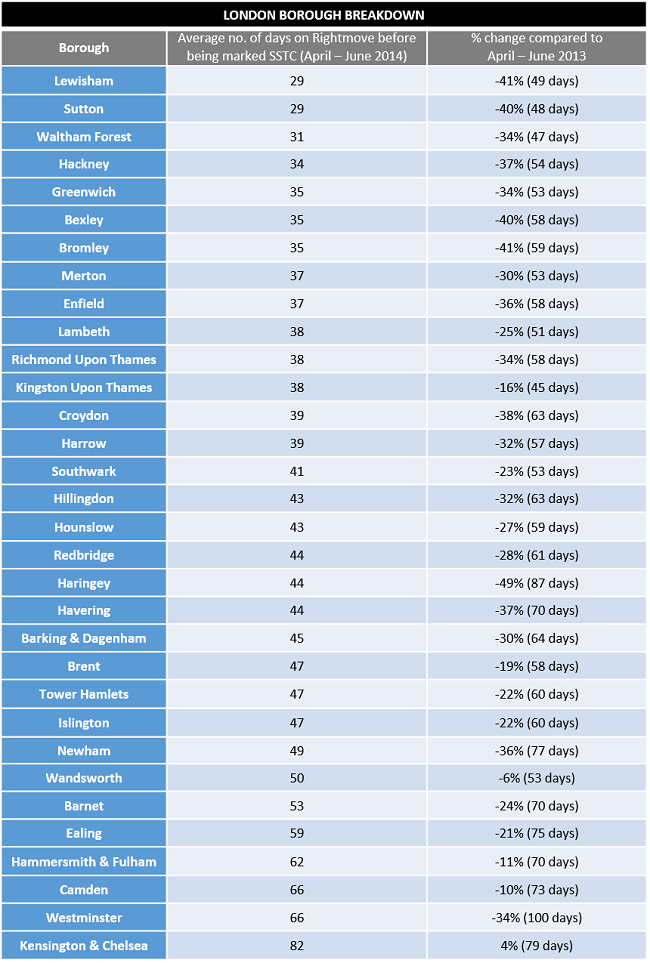