Is it a bird? Is it a plane? No it’s a nude neighbour 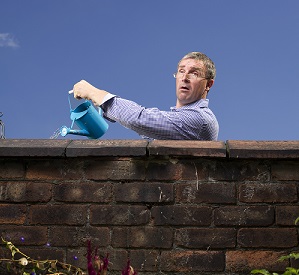 Rightmove’s survey of over 30,000 people had revealed the neighbourhoods where you are most likely to spot a ghost, UFO or even a nude neighbour – according to the residents themselves.

The ghost-sighting capital is Torquay where over a quarter of people say they have seen a ghost, compared to the national average of 17%.  Second is Stoke on Trent and third is Wigan.  Londoners are least likely to spot a spooky figure, with Kensington & Chelsea and Greenwich coming bottom of the list.


Find out how likely you are to see a ghost in your area.

What’s that in the sky?

When it comes to UFOs, Falkirk comes top – in this Scottish town one in five people (20%) say they have spotted one, compared to the national average of only 9%.  Other hotspots are Bexley (17%) and Wigan (17%), which again makes it into third position.


Find out how likely you are to see a UFO in your area.

We hope the majority have been by mistake, as one quarter (25%) of the nation say they have spotted a nude neighbour.  The more densely populated areas come top, with a massive 51% of people in the London borough of Hackney saying they have spotted one.  Half of the residents of Wandsworth have also stumbled upon a nude neighbour, and just under half (47%) of people in Lambeth. Outside London the hotspots are Swindon (32%) Wakefield (31%) and Hull (31%).


Find out how likely you are to see a nude neighbour in your area.

“We created the Alternative Census as we wanted to find out more about the unusual goings on in local neighbourhoods, alongside the more typical things you might be interested in before moving there. Good transport links and high achieving schools are often the first things people think about, but in The Alternative Census we were able to get an entirely new perspective about the towns and cities people call home.”

You can check out the sighting hotspots alongside the internet dating and social hotspots on Rightmove’s Alternative Census microsite, available at www.rightmove.co.uk/viz/alternative-census/