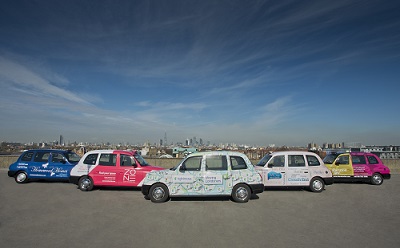 Rightmove recently ran a competition which gave agents across the capital the chance to win a London taxi fully branded with their local branch design.

Ten winners were chosen from 770 entries, and their newly created designs will now appear on London taxis for the next seven months.

Have you spotted one yet?


Twenty runners up will have their logo displayed inside a taxi as part of an upcoming Rightmove advertising campaign.


A massive 98% of people think taxis are an iconic part of the London landscape and advertising on them can reach up to 30 million people per week1.

“Alongside online marketing we recognise how effective London taxi advertising can be with our own fleet currently on the roads, and that’s why we are extending our campaign for another year.  Agents on Rightmove are already reaching the largest London home hunting audience but we wanted to give local branches the chance to reach even more home movers through this competition.”


The ten winners of the Rightmove competition were: