London has become a ‘Come Dine with Me’ capital 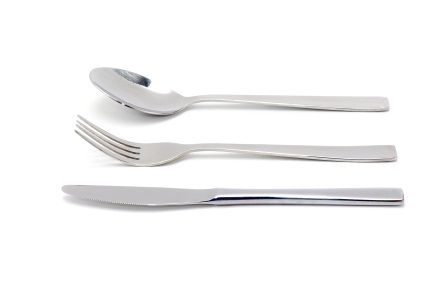 Home-owners in London are forking-out almost twice more on their kitchens than any other part of the home, a new study by Rightmove can reveal.  The tougher economic climate, coupled with the surge in popularity of TV cookery shows such as Come Dine with Me, are influencing us to create the perfect environment in which to ‘dine-out on dining-in’. On average London home-owners spent £35 in every £100 of their home improvement budget on the kitchen in the last 12 months, the largest proportion of spend in the country with the national average standing at £33.


The findings are taken from a Rightmove survey of more than 10,000 people, in which the company sought to investigate UK home-owners’ relationship with their bricks and mortar, and particularly their favoured room of the house to spend money on at time when household budgets are being squeezed.


The kitchen was found to receive by far the largest slice of the pie, eating up 35% of the average home improvement budget in London. This was almost double the amount spent on the bedroom (20%) in second place, with the bathroom (18%), living room (15%) and garden (12%) following closely behind. Overall, the inside of the house is the main beneficiary of the public’s home improvement budget rather than the outside, with the garden receiving the lowest amount of total spend.


Rightmove’s Head of Consumer Insight Matt James comments: “Home-owners have to think very carefully about where they spend any spare cash at the moment, especially with re-mortgaging to raise extra finance being more difficult. This has made them really focus on where their priorities lie and which areas of the home provide them with the most pleasure and best value return. It’s clear from our survey that the kitchen is very much flavour of the month.”


Rightmove’s home-spend findings reflect the British public’s present love of cookery based TV programmes such as Come Dine with Me, Masterchef and the F-Word. In the recent past programmes such as Ground Force sparked a keen interest in gardening improvement, while the likes of Changing Rooms brought the focus inside the house. However, both formats have been overwhelmingly overtaken in the popularity stakes in recent years by viewers’ love of all things culinary.


Matt James adds: “The plethora of ‘foodie’ TV shows means that when it comes to where to spend in the home, Brits are nowadays following Jamie Oliver and Gordon Ramsey into the kitchen rather than Alan Titchmarsh or Lawrence Llewellyn-Bowen. The current economic downturn is an extra ingredient, with home-owners preferring to take the delectation of their taste buds into their own hands and creating an environment where they can say ‘come dine with me’ instead of spending on eating out.”