London loses its ‘boom-town crown’ to the South East 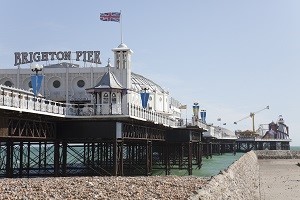 –     Buyers seeking better affordability and value ‘out of London town’

–     Largest ever data-driven analysis predicts South East will be fastest rising region in next five years, up 37%


The price of property coming to market this month has increased by 2.6% (+£6,784) continuing the usual October trend of a substantial uplift in new sellers’ price expectations. While this is the lowest rise at this time of year for six years, sellers may still find that their asking prices are too optimistic in parts of the country where the supply of property exceeds buyer demand. However, there appear to be few signs of a slowing market in the South East, which is now the strongest performing region in the country over the last 12 months. New seller asking prices in the South East are 10% up on a year ago, and higher than London’s current annual rate of 9.6%.


Miles Shipside, Rightmove director and housing market analyst comments:
“The ripple effect of buyers priced out of London combined with those cashing in and moving out of the capital means that the South East has taken London’s boom-town crown. Upwards price pressure is being further fuelled by a reluctance of home owners in the hotspots of the South East to come to market. Some can see the value in holding onto their fast-appreciating property asset, whilst others cannot find anything for sale locally on the market that tempts them to sell and move on. While the South East’s new seller numbers this month are up on last year’s, at just 3% increase this is the lowest pick-up in properties coming to market in any region in the face of the highest increase in demand.”


Analysis by Rightmove and Oxford Economics forecasts that the South East will be the region with the highest increase in property values in the next five years, driven by a continuation of this supply/demand imbalance in the medium term. While the national average is a 30% uplift, the South East is forecast to be up by 37%, ahead of London at 33%.


Shipside observes:
“The South East has kick-started its journey on the five-year road to the highest growth in values by overtaking London in this month’s index. Those looking for the best price appreciation in the country should seriously consider the South East, and some may wish to fine-tune their search to the top three locations of Southampton, Brighton and Luton. This is not an opinion-based prediction but the most comprehensive data-driven forecast ever produced, and it shows gains of over 40% in those areas. They are either due a price over-spill from neighbouring areas, have good transport links with London, or both.”


The question for property movers in the rest of the country is whether the traditional autumn price flurry is sustainable given that demand is showing signs of cooling and new supply is increasing in some areas.  New seller numbers are up by an average of 10% compared to October 2013, giving buyers in some locations more fresh choice and negotiating power, yet the average price of property coming to market increased in every region this month. One reason for this is that there is still less property on the market due to the increased number of transactions, though with demand showing some signs of slowing in pace, and with buyer numbers traditionally more subdued during the winter, this price increase may prove to be too optimistic. Rightmove’s national time to sell index is up from 65.8 days to 67.8 days this month, indicating that sales are taking longer and buyers are in less of a rush to buy.


Shipside advises:
“Demand has been on the up in most locations so far this year, but agents in many parts of the country report a slowing in that pace with an initial post-summer pick-up failing to gain momentum. The market is still active, but with prices having increased in many locations, interest rate rises expected in 2015 and an election on the horizon, buyers are a bit more wary and more value-conscious.  There are more sellers giving it a go with newly-marketed listings on the up, and it seems that they recognise there is a window to sell now. However, to sell their property more quickly they should make it the most attractive in terms of price and preferably presentation if they are serious about selling within weeks rather than months.”