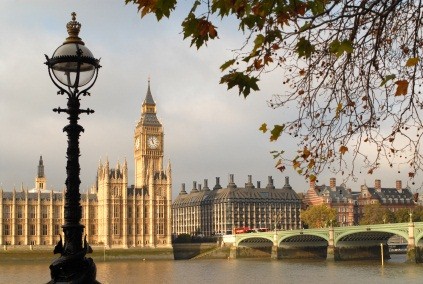 Buyers in London looking for fresh choice of property may find their options more limited than usual at this time of year, with a 16% drop in the number of new sellers compared to the same period in 2010. This is the largest drop off seen in any of the regions of England. Average asking prices in the capital also dropped over the past month, down -1.2%, although prices are 6.6% up year-on-year.


“London’s sellers seem to have finished early for Christmas this year, and decided to postpone their moving plans until 2012. Lack of choice to tempt them to trade up and high price gaps to the next rung up the ladder are more likely reasons, though the uncertainty in the Eurozone will be influencing some too”.


Markets like certainty, and so do people who are deciding whether to trade up in the property market and make a big financial decision. Agents report that many would-be sellers are postponing their marketing until the new year, influenced by the current wall-to-wall media coverage of the economic crises in Greece and Italy. The current weekly run-rate of new listings is also down 11% compared to the previous month, highlighting the lack of suitable property to buy and consequent near record prices being asked. Following the setting of a new all-time high in asking prices in October, this month sees a fall from that peak of 1.2% (£5,486). With the approach of the slower winter selling season, it is usual for there to be a drop in new sellers’ asking prices at this time of year. Last November saw a fall of just 0.4%. However, this November’s 1.2% fall is more muted than the rest of the regions in England, where the average reverse this month is 3.9%.


“Yet again the buoyancy of the London market leads the rest of the country. Whilst international buyers have helped pull prices up in the more select areas, the net effect has been that new sellers can ask prices on average 6.6% higher than a year ago. Given the unsettled nature of the Eurozone, and the off-putting uncertainty that it causes, bricks and mortar in the capital are proving to be one of the few inflation-busting investments around. While the uncertainty in the economy will be putting off some Londoners from trading up, estate agents are filling their places by chasing buyers from Greece and Italy who see the capital as a safe haven”.