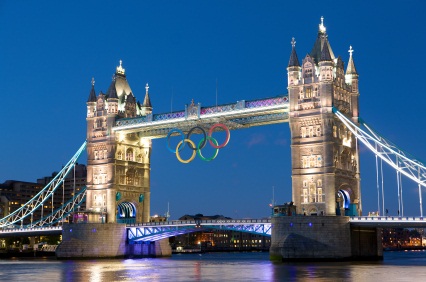 Property owners in the main Olympic borough have yet to see a tangible benefit in terms of an Olympic ‘house price legacy’.

The average asking price of a property coming to market in Newham has underperformed compared to the London average, recording a growth of 26% (£49,828) in the seven years since London was awarded the 2012 Olympic Games. This is in stark contrast to prices in London as a whole, where new sellers have been able to raise their average asking prices by 60% (£169,988) since the Games were awarded in July 2005.

“In spite of Newham being home to most of the Olympic Park and the Games venue of ExCeL, intriguingly it has not even fared half as well in property price performance terms compared to the London average. However, with the Games being such a success and the Olympic Park becoming an iconic destination, many local property owners will be hoping the momentum will lead to an influx of buyer demand to further boost prices as the area settles into the post-Games era.”


Inward investment to an area, improving transport links, public spaces and amenities, are important elements if local sellers’ are to substantially increase their property asking prices. The statistics suggest the benefit has yet to be realised in the main Olympic borough. The price gap between the average asking price in Newham and the London average has grown from 32% in July 2005 to 46% in August 2012. The biggest increases recorded by Rightmove since July 2005 have been in the traditionally more expensive boroughs, tending to be those with an average price in excess of £300,000 seven years ago. The nature of the recent price boom in the capital has also been one driven by high net worth foreign buyers, who have the established and more central London boroughs on their radar rather than those lower priced areas in need of major regeneration.


“With the Olympic athletes’ village accommodation being released to residential use and the area being free of Olympic disruption, London property buyers will have a clearer opportunity to consider Newham and its surrounds as a place to live. For those looking for lower average property prices and affordability it is the third cheapest in the capital. It has not benefitted from the ‘foreign-money-fuelled’ London price surge, as those buyers have the more price-elite locations such as Kensington and Chelsea on their shopping list.”


Of the six ‘Olympic boroughs’, four have performed below the London average asking price increase of 60% since London won the Games in July 2005. Newham’s below par performance is joined by Barking and Dagenham which has seen prices of property coming to market rise by just 15% over the seven years. Waltham Forest has recorded an increase of only 24%, and Greenwich is also somewhat off the pace at 42%. Only Hackney and Tower Hamlets have ‘over-performed’ with rises of 69% and 79%, above the average London 60% benchmark. Rightmove’s analysis over the seven year time span highlights that there are other elements to regeneration of deprived areas other than Games orientated inward investment.


“Low unemployment, improving average wage levels, and reduction in crime are important factors to driving up housing demand and resultant upwards price pressure, though the lead-in time to achieving meaningful improvement in these factors can be considerable. Laying the foundations by improving the infrastructure is the start, but it is greatly assisted if the locations have natural character and appeal ready for ‘London gentrification’. London has a tradition of discovering new cool locations that have been run-down but have the raw potential of property character, housing mix, and opportunity to upgrade local amenities. Hackney had Shoreditch and London Fields waiting to be polished back to their former glory, Tower Hamlets benefits from the Docklands effect, and Greenwich has its parks and waterfront. Other Olympic boroughs are hoping the influence of the Olympic flame can ignite their fortunes too.”


The asking prices of property coming to market in August also fell by 1.2% compared to those in July. Sellers who come to market in the middle of the summer holiday season often have an urgent reason to sell and traditionally set their asking prices aggressively lower. The focus on the Olympics in London over the last month also will be a contributing factor.


“With buyers distracted by sport and perhaps vacating the capital to avoid the forecast disruption, this month’s London sellers have pitched their asking prices lower to try and tempt some buyer action. As a reflection of their urgency to sell, or to compensate for the distraction of the achievements served up by Team GB, they have dropped their asking prices pretty aggressively.”