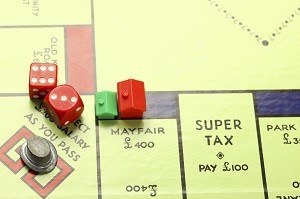 A new poll by the UK’s number one property website Rightmove reveals that nearly four in ten people (38%) think Labour’s proposal for a so-called ‘mansion tax’ would be an unfair tax to impose, despite the fact that Rightmove data shows that it would affect less than one in 100 properties.

Less than 1% of all properties currently on the market on Rightmove are priced at over £2million, and of those nearly three quarters (72%) are located in London, with one in six (16%) in the South East.

“The idea of a mansion tax has been around for a while and has been the subject of some passionate debate despite the fact that our data shows that it would affect less than one in 100 homes, with the majority being in London and the South East. In spite of the extra tax burden being likely to affect less than 1% of home owners, they have the support of nearly four in ten who would avoid the tax but obviously dislike the principle. If the mansion tax is introduced, those sellers who have had their homes valued at over £2million will need to lower their expectations on the deal they’ll be able to get, in the same way stamp duty bands affect asking prices.

Whilst it could help raise funds for other causes, according to our survey there are a large proportion of people who wouldn’t be affected by it who still think it’s unfair. It isn’t something that is going to help boost home ownership, and other policies that could be considered are scrapping stamp duty for first-time buyers, and far more wide-reaching commitments to build a lot more houses.”

2,700 respondents were polled on Rightmove.co.uk between 23rd September and 28th September 2014.