New record asking price as the country gets moving 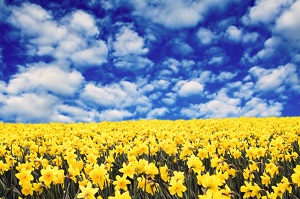 There’s a spring in the step of the housing market as it enters the traditional moving season. The national average asking price of property coming to market hit a new record high of £255,962. This is up by 1.6% (+£3,998) on last month and 6.8% (+£16,251) on last year. While London’s price surge continues with another all-time high, the prime central London boroughs which experienced the initial post-credit-crunch recovery have recorded average price falls this month. However, prices rises are spreading out to the wider market. Increasing prices are luring more sellers back into the market as well, with a near 9% year-on-year national increase in the number of new properties marketed by estate agents.

“Spring is in the air and the country is finally on the move. With prices on the up and set to increase more, there is a greater sense of urgency among buyers, and as an increasing number of them are existing home-owners, the supply of property for sale is starting to increase to meet growing buyer demand. The mass property market is starting to unlock after years of being handcuffed by fragile consumer confidence and a lack of low-deposit mortgages. The result is a new national asking price record, driven by a mortgage market that allows pent-up demand to be released combined with a welcome economic recovery.”


The new record asking price beats the previous peak of £253,658 set in July 2013 by 0.9% (+£2,304). While London’s price surge continues and contributes strongly to the new national record, it is no longer being driven by the prime London boroughs. In spite of the four most expensive boroughs (all with average prices over £1 million) recording an average fall of 1.3% this month, London overall is still up by 2.1% on the month as price rises continue to ripple out. The average price of property coming to market in London is now £552,530. A new record, up 1.5% (+£8,298) on the previous high achieved in October 2013.

“The slack caused by prime London’s slowdown has been taken up by other London boroughs, and the rest of the south of England, aided and abetted by rises in four of the six northern regions this month. While London’s top-end locations remain sought after and highly valued, the slow-down in the pace of their rises was bound to happen after some heady increases.”


There is a definite recovery in property supply to help meet buyer demand as more sellers are enticed to market. After a time-lag of several months where increased buyer activity outstripped new seller supply, rising prices appear to be having their effect on home-owners’ equity, confidence and ability to trade up, down or out. A total of 114,996 new properties were advertised in the last four weeks, up 3.4% on last month and up 8.7% on the same period last year. Only the flood-hit South East (+1.3%) and South West (+2.3%) regions have not seen substantial jumps in properties coming to market compared to a year ago. East Anglia, with an 8.9% increase, is the only other region that has recorded less than 10% more fresh choice for potential buyers.

“There is a definite spring seller rush in all regions bar the flood-hit South East and South West. This is great news for buyers who have been starved of fresh stock in popular locations, and the greater choice available to buyers will hopefully mitigate the upwards price pressure that some sellers have been able to exert. With local markets displaying different supply and demand dynamics it remains to be seen if the type of property coming to market is what buyers are looking for, but at a macro level the imbalance between supply and demand is starting to be addressed.”


With the Budget due on the 19th of March, the recovering housing market could attract the Chancellor’s attention. Stamp duty is an increasingly lucrative revenue source, though it has crude thresholds that distort the market. This is especially felt at £250,000, where the tax increases from 1% to 3%. With the average price of property coming to market now over £250,000, some lowering of the hurdle at this threshold or a more incremental scale between the initial £125,000 threshold and £500,000 could perhaps be seen as opportune and fair. Alternatively, there are some in the coalition who warn that Help to Buy is now too much of a stimulus, so could a reduction in the upper limit from £600,000 to say £400,000 be a possibility?

“Depending on the Chancellor’s need to balance the books versus the desire to please target voters, he may be tempted to make some further tax changes, or at least be seen to be strong-willed and apply some brakes. Stamp duty has unfair thresholds, and a buoyant market could withstand some tinkering. It could raise a bit more revenue and remove the slab tax criticisms around the popular thresholds that are affecting more and more property purchasers as prices rise. While Help to Buy is little used by purchasers at the upper price limits, it may be seen as a prudent anti-overheating message if the top limit of £600,000 is substantially reduced. It would be a mainly symbolic gesture however, though a reduction in the 20% interest-free equity loan on new build properties may be closer on the horizon.”