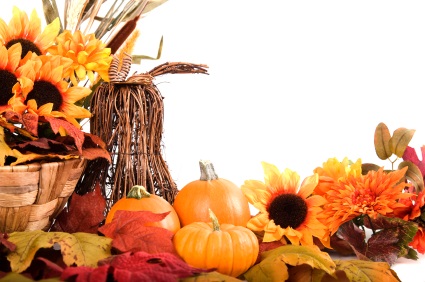 Following two consecutive monthly falls in the price of property coming to market, October saw a rebound of +2.8% (+£6,923). The biggest turnaround was in London with an unsustainable +10.2% (+£50,484) jump in new sellers’ average asking prices this month.

The summer slowdown was most pronounced in the capital and October sees a return to a growth trend which started in January this year. Such a significant monthly increase in the capital at this time of year is not without precedent. In October 2009, average asking prices in London rose by +6.5% following a similarly low level of activity from sellers over the summer months creating some volatility. This month’s strong recovery means prices are now nearly £30,000 up on July’s all-time high.


“A rebound in the number of sellers this month brings the quarterly growth figure back into line with the recent trend at around 2% a month. Although not sustainable in the longer term, some agents currently report there is a buying frenzy in parts of prime inner London, with available stock so low that their shelves are now bare. Unsurprisingly, many of this month’s best performers are boroughs in inner London”.


To satisfy at least some of the demand, London needs an increase in supply from a combination of more new-build properties and more existing owners coming to market. The number of sellers in the capital this month is up 15% compared to last, though given that September was 12% down on August, the recovery is modest and from a low base. The situation is exacerbated by overseas investor demand swallowing up much of the new-build supply, adding to shortages and creating upwards price pressure.


“London is a world city where overseas investors see real estate as a safe asset, at a time when safe assets are increasingly scarce, and developers are building and marketing a lot of one and two bedroom flats to meet that demand. While they can achieve volume sales at premium prices, this eats up a much needed source of fresh supply and drags up existing property prices at an even faster rate”.


Phase two of the Government’s Help to Buy scheme is likely to bypass many buyers in the capital and mainly benefit those in other regions. Average asking prices in even the more affordable outer London boroughs are more than twice the average in the rest of England and Wales (excluding London) prime inner London property has reached stratospheric levels, yet the average London wage is only 60%* higher than in the rest of the country.


“In London, the buying power required to get onto or move up the housing ladder means you have to tap into the Bank of Mum and Dad rather than buy courtesy of a helping hand from Uncle George. Indeed, nearly two in five would be first-time buyers in the capital state that they expect to receive parental assistance. The added benefit of a larger deposit is that the interest rates on offer handsomely beat those available through Help to Buy phase two. Buyers on average wages who are restricted to a 5% deposit Help to Buy mortgage will be forced to test the upper end of their lenders’ affordability ratios.”


While London grabs the headlines this month, it is also worth noting some significant patterns in other regions. A bubble seems a long way off in the majority of regions, with two having recorded monthly falls (West Midlands and Wales), five still negative year-on-year (North, North West, Wales, West Midlands, South West), and seven in ten regions recording annual price increases which lag behind inflation (all bar London, South East and East Midlands are below the 3.2% annual rate of RPI).


“With the London market failing to provide the range of affordable properties its growing population needs, the South East is experiencing upwards price pressure as demand spills over. With an average price of just over £300,000, a commuter-belt property is in the cross hairs of Help to Buy assisted purchasers unable to afford the London market. Help to Buy will give some people a leg up onto the South East’s property ladder, but it also needs to spur more first-time movers to trade up to increase property supply and temper future price rises”.