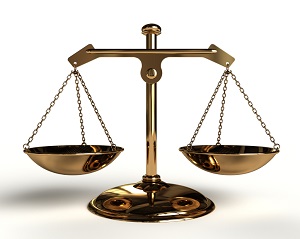 
– Many committed and motivated buyers have already bought, releasing some pent-up demand and contributing to a slowdown in buyer activity


– ‘Clumsy’ implementation of Mortgage Market Review (MMR) is a factor in the drop in mortgage approvals, causing ‘headache and heartache’

Following substantial increases in the price of property coming to market over the first five months of 2014, this month sees a marked change with prices at a virtual standstill. The average rise in new seller asking prices is just 0.1% (+£272), and while demand usually cools over the summer months, this marginal increase is below June’s 0.6% average over the last ten years. More regions see falls than rises this month and all the fallers are in the north, with the notable exception of London, which records a drop of 0.5%. Though all regions have seen an increase in supply as more people decide to try to sell, the capital has seen a rush of new sellers. With the ebb in demand and the flow of extra property choice for buyers coinciding with the somewhat chaotic implementation of the new Mortgage Market Review (MMR) and its tighter lending criteria, the net result is that some of the momentum has been taken out of the market.

“The London market powers the rest of the UK but is starting to run out of steam. While the legacy of rises in central London continues to ripple out to its better-value commuter-belt, fuelling price increases in all southern regions, London itself is now marking time. It’s an example to the rest of the country of what happens when affordability and common sense get stretched too far. Through luck or judgement it appears that the timing of the Mortgage Market Review, more property for sale in all regions, and a tail-off in pent-up buyer demand are alleviating some of the upwards price pressure. This will come as a relief to the Governor of the Bank of England and the Financial Policy Committee, who have cited an over-heating housing market as a serious threat to economic recovery and have further powers to use should it get out of hand.”


There are early signs of upwards price pressure being reduced by a better, albeit belated, balance between supply and demand. Those buyers who are the first to react to an upturn often have nothing to sell, and there is a time-lag before existing home-owners are ready or able to commit to trade up, down or out in the marketplace. Better selling conditions in the first half of this year and increased confidence to take on the commitment of moving have finally unlocked more supply with new seller numbers up by an average of 9.6% year-to-date compared with 2013. All regions have also recorded a month-on-month increase in properties coming to market, with the capital seeing the largest jump in new sellers, up by 23.2%.


Combined with the increase in supply, there are early indications of a slowdown in demand. The summer months traditionally see a drop-off in buyers, and this year it seems that the initial rush of pent-up buyer demand has started to slowdown, as many motivated and committed buyers have now completed their transactions.

“Many serious buyers who were waiting in the wings have now bought and moved in, taking a slug out of the pent-up demand for a few years to come, and the consequent chatter on the street is that quality buyers are now thinner on the ground. The next wave of buyers may have less motivation or ability to buy and sellers are going to have to be sensitive to their local market and not pitch their asking prices too high as choosy buyers will not arrange to come and visit.”


The tighter lending criteria introduced under MMR have also dampened demand, though it remains to be seen whether its clumsy implementation will result in only a temporary lull in mortgage approvals rather than a substantial permanent downturn. The most recent Bank of England mortgage approval figures for April were 17% lower than those in January, and when combined with this month’s price standstill it would seem unlikely that the Financial Policy Committee (FPC) will rush in extra measures on top of those already implemented by lenders in April under the MMR. Whilst it remains to be seen how many potential buyers will fail to get the mortgage of their choice, at present lenders are still struggling with the extra paperwork and new requirements for consistency in underwriting standards. Estate agents are reporting an initial ‘knee-jerk’ reaction by some lenders, turning down mortgages previously agreed in principle leading to house sales falling through. The last-minute and apparent over-zealous implementation of MMR by some lenders and current delays in the mortgage application process make it hard to assess whether it will result in a long-term downturn in buyer demand.

“The Bank of England has now reported three consecutive months of falling mortgage approvals and a major factor in this is the clumsy and apparent over-zealous implementation of MMR. It is certainly causing a major headache for some estate agents with U-turns by lenders meaning sales falling through and heartache for buyers and sellers who thought they had a deal agreed. The MMR deadline has occurred at the busiest time of the home-buying year, without a co-ordinated consumer communication plan, and some ill-prepared lenders are struggling with new underwriting rules, shortages of appropriately qualified staff, and the work involved in processing the additional paperwork. When they do all get to grips with it, there is the possibility that this will turn out to be more of a temporary lull rather than a major reduction in demand. However, at present it offers the FPC a reason to delay more stringent measures and hope that the balance between demand and supply is heading to a level where the more rampant price increases are being controlled.”