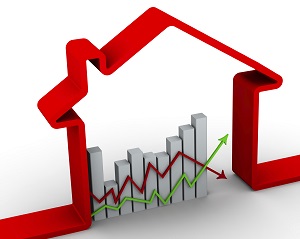 The unexpected political certainty has helped to fuel a post-election price surge, with new seller asking prices rising by an average of nearly £8,500 (+3.0) compared to the previous month. The average price of property coming to market now stands at a new record high of £294,351, boosted by a near-instantaneous uplift in buyer demand and an unanticipated post-election drop in fresh property supply.

“Some buyers had been holding back in the weeks before the election, leading to some sellers suffering an unseasonal price standstill in the late spring. In particular, sentiment and prices got hit in the mooted Mansion Tax price brackets. Now the unexpected election outcome has caused a strong rebound, prompting an upturn in buyer demand and helping new seller asking prices to hit their highest ever levels.

“Agents report that the election surprise has given a boost to market sentiment, driven by more certainty about future economic and taxation policies. While would-be buyers have been able to respond quickly to these events, many potential sellers have so far failed to come to market. This has pushed up some of the asking prices of those properties that have been marketed, meaning that buyers are faced with paying a new average record price high for the more limited choice available. It could be said that this is the price of political certainty.”

The previous asking price record was £286,133 set in April of this year, £8,218 below this month’s record. Pre-election jitters contributed to a small fall of 0.1% in Rightmove’s May index, which has made the size of the rebound in June appear somewhat more dramatic. However, while June’s 3% rise is partly catching up on lost ground from last month’s fall, it is also a reflection of strong housing demand not being matched by suitable supply in many parts of the country.


Evidence of this is that six out of ten regions have set new record price highs this month as the supply/demand imbalance and consequent upwards price pressure continue to head further north. As well as the four southern regions, both the East Midlands and West Midlands reached all-time price highs this month. London has seen the strongest monthly price performance, up by 5.7%, aided by the higher-priced boroughs seeing more top-end owners willing to come to market now that the threat of the Mansion Tax has been removed. Indeed much of this month’s national average asking price rise is due to a strong increase at the upper end of the market.

“While much of the price momentum has emanated from the south where the supply/demand imbalance is more acute, the strength of demand for the right property is resulting in a record price wave rolling further north, with the Midlands also at new highs. Sentiment and momentum seem to be flowing up the housing ladder too, as early year activity at the bottom and middle is now filtering through towards the top.”

While the political certainty has given a further boost to buyer activity, the anticipated rise in new seller numbers to help satisfy this demand and temper house price inflation has failed to materialise. Rightmove had its busiest ever May, with 115 million visits to the website, exceeding May 2014 by 22%. This is equivalent to every adult in the UK visiting Rightmove twice during the month.  In addition the busiest ever single day for visits was recorded on Tuesday 19th May, as home-hunters took less than two weeks after the election to get back into their searching stride.


Unfortunately this increase in demand has been met with a tightening in new supply, with the number of properties coming to market down 8.5% on the same period a year ago. Indeed there has been a 3.9% month-on-month fall in new listings, meaning that fewer properties have come to market after the election than before it.

“The aftermath of the previous general election in May 2010 saw a 17% surge in fresh stock, and a similar increase would have been a welcome—albeit temporary—relief for the under-supplied housing market, as well as for choice-starved buyers. Instead supply has tightened further, underlining the effects of the historic lack of new build. The top end £2m plus market sector has bucked the supply shortage with an 86% leap in new-to-market properties in the 30 days after the election compared to the previous 30 days. That will be of no comfort or use to the mass-market which needs more choice in the right locations at more affordable prices.

“It all seems set up for an active second-half housing market in 2015 barring any external shocks to the economy.  However, it remains to be seen whether stretched buyer affordability can reach sellers’ post-poll pricing. The new government and other stakeholders now need to urgently deliver more new-build homes, to stop asking prices being pushed up further as demand continues to outstrip supply of suitable homes in many areas.”