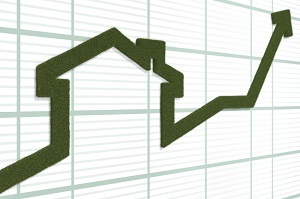 In response to strong buyer demand, agents are keen to win additional stock and get the best prices for their sellers, helping push new seller average asking prices up by 3.3% (+£8,103) this month to £251,964. This increase leaves new seller asking prices 6.9% (+£16,223) higher than a year ago, the highest annual rate of growth since November 2007. A substantial jump in the number of properties coming to market means there are also tentative signs that the market recovery and increasing prices are persuading more people to sell.

“The market rebound continues. While February is historically a positive month for prices of property coming to market, this is the second highest February rise since our index began in September 2001. New sellers are now asking over £16,000 more than those who came to market a year ago, a rate of increase not seen since before the credit-crunch took hold in 2008. Those contemplating trading up, down or out may well be encouraged to come to market as they see their equity grow as prices rise.”


There was a welcome jump in the number of properties coming to market this month. Weekly new listings averaged 27,768 over the last four weeks compared to 23,607 over the same period a year ago – an increase of 18%. While the sizeable year-on-year uplift is partly explained by a sprinkling of snow around this time last winter, this is the highest weekly run-rate at this time of year since 2008.

However, new supply is scarcest in the south where increased demand is greatest. London (15%), the South East (13%) and South West (10%) are all below the national average of 18%. Furthermore, even this significant boost in property coming to market is exceeded by the number of properties coming off the market, suggesting that the extra supply is being soaked up by buyer demand, an early indicator that transaction volumes will be considerably higher in 2014 than 2013. As a result there was a slight fall in the average available stock per estate agency branch, from 58 properties to 57. If increased listing levels are maintained and they start to outstrip buyer demand, upwards price pressure will ease. It will take more than one month of improvements in new listing numbers to bring the market back into balance however, indeed some local market hotspots have not seen any uplift at all.


Shipside observes:
“The housing market can only help to support a wider economic recovery if there is a sustained boost to property supply and not just buyer demand, and there is some early evidence that this is happening. However, supply and demand imbalances remain and are getting worse in many markets, as a result of years of under-provision of additional housing stock, especially in the areas where the local economy and employment are strong.”


In those markets where demand substantially exceeds supply, especially in the south, agents report that buyers with a property ‘yet-to-sell’ are losing out to buyers able to ‘proceed-with-speed’. A seller faced with a choice of buyers will naturally choose one who is both willing and able to proceed, so those prospective buyers with a property to sell or not yet on the market are at a distinct disadvantage.


Shipside advises:
“With the market heating up in more locations, those looking to ‘find-first-then-sell’ could be left on the side-lines. They could rush to quickly put their property on the market when they find a new home, but that might be at a reduced price to sell quickly or they may not have time to prepare it properly for sale. In their desperation to secure the home they’ve found, they might end up offering a higher price to fend off other buyers who can move more quickly. Some do not want to sell first and then keep their buyer waiting, or are worried about abortive expense. However, buyers will often wait if there is little other choice around, and most agents only charge if the move actually goes ahead, so a ‘sell-first’ policy has few drawbacks and greatly increases the chances of winning the property battle.”


A number of new records on Rightmove in January provide further evidence of a market gathering momentum. Rightmove’s ten busiest ever days were all in January this year, with more than 50 million pages viewed in a single day for the first time. There was a new record for email enquiries to agents and developers too. More than 1.6 million email enquiries were sent from Rightmove last month, up 20% on January last year, and firm evidence that interest is serious and being followed up.


Shipside notes:
“The new records show people are seriously engaging with the property market and seem to be really focused on making 2014 the year to move. Home-movers got through pages on Rightmove at an average rate of 500 per second and sent one email enquiry every two seconds. With more activity from sellers and increased confidence in the market, these ‘early bird buyers’ who are looking to move in the first half of the year are likely to catch themselves a better deal as prices of property look set to be higher in a few months.”