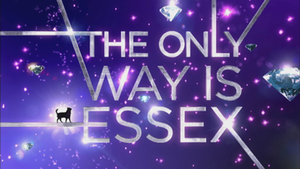 The locations of reality TV series’ such as Made In Chelsea and The Only Way Is Essex are becoming ‘reality chequered’ by their respective shows, as the public’s perception of places like Chelsea and Brentwood is being dented by what they see on screen.

Rightmove has identified a ‘TOWIE Effect’ on places where reality shows are based, so-called as The Only Way Is Essex has tarnished its filming location the most. Around half (48%) of the UK state they now view Brentwood in Essex as being ‘less desirable’ as a direct result of seeing Mark, Arg, Amy, Joey and co. on the hit ITV show. Only 11% of those surveyed felt TOWIE had made Brentwood more desirable, with 15% claiming it had no effect and 24% stating they didn’t know about the show.


Rightmove surveyed 4,280 home-movers from across the country on whether their perception of Brentwood (The Only Way Is Essex), Chelsea (Made In Chelsea), Newcastle (Geordie Shore) and Cardiff (The Valleys) had been altered by their respective shows.


“Even though these programmes deliberately set out to show extremes, it is interesting how viewers’ judgements of each location are being influenced. It appears that light-hearted stereotypes can lead to a sweeping opinion of what a place is really like. These views are possibly wide of the mark, but could have a lasting impression on how the locations are now perceived and give their relative tourist boards a real headache.”


A third (33%) of Brits felt Made In Chelsea had made the prime central London area of Chelsea a less desirable location. Only 12% stated they now view the places where they see Hugo, Spencer and co. on their screens as more desirable, with 1 in 5 (21%) believing Made In Chelsea has had no effect and 35% either unaware of the show or didn’t know.


In the case of Geordie Shore and The Valleys, Rightmove found that local respondents were far more sensitive to the impact that the shows were having on their respective cities. 55% of people in the North East feel Geordie Shore was having a ‘TOWIE Effect’ on Newcastle making it a less desirable location, whereas across the country only 38% shared this view. In Wales, 40% of respondents felt Cardiff had become a TOWIE Effect sufferer as a result of The Valleys’ appearance on UK screens, yet at a national level only 30% felt this way.

“Newcastle and Cardiff are both major regional centres with their own proud local cultures, so it’s interesting to note how local people are far more sensitive to the impact of their reality shows than the rest of the population. Our survey has found that perceptions of Brentwood, Chelsea, Newcastle and Cardiff have all been dented by being on TV screens, however we can also say that if the next reality TV series comes to your town it may not quite be as bad you think!”


To view our useful infographic showing how each area has been affected click here.