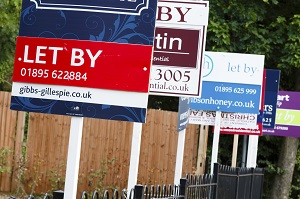 – Tenant demand hotspots are Essex towns of Grays and Southend

– Within London highest demand in more affordable areas of Bexleyheath, Sidcup and Carshalton

London the average rent went up across England and Wales by 2.7%, with all regions up on last quarter except Wales

“Rents have grown this quarter in nearly all regions of

England and Wales, fuelled by demand outstripping supply in many of the sought after areas, especially in the East

of England and the more affordable areas of London.  The smaller rise in the capital is likely to do with the fact that

costs in many areas are nearing many people’s affordability ceiling.”


Average asking rents per month in London (£2,052) are now almost twice that of the second most expensive region,

the South East (£1,078).  The capital is also almost four times more expensive than the cheapest region, the North East

increasing most over the past year in the East of England (+64%).

While nationally rents have risen 4.2% over the past year, two of the highest growth areas are in the East of England

price rise of 13% over the past year.


In London, rental prices have grown highest in Battersea, aided by the ongoing redevelopment of the area, up 14% over the past year. The North West areas of Wembley and Brondesbury are second and third, both up by 11%.


London’s demand hotspots all have average asking rents much lower than the capital’s average, with the top three being Bexleyheath (£1,048) and Sidcup (£1,073), both in South East London, and Carshalton (£1,095) in South West


Mitchell notes:
“Tenants staying longer in a property is contributing to the lack of supply in some areas, and agents

tell us that in the most in-demand areas good properties on at the right price are being snapped up within a few days.  In

being marketed on Rightmove, showing that people need to get in quick and have all of their references ready to have

the chance of getting the property they want. The substantial rent rise this quarter will offer some encouragement for

the buy-to-let sector, following the summer Budget’s announcement of a clampdown on tax relief.”

Zoe Rose, Head of London Lettings at Strutt & Parker, said:
“Rents are rising at a more subdued rate in the capital than

the rest of the country for a number of reasons. In Prime Central London, there is more stock becoming available than

last summer and rents are plateauing because tenants are very much in the driving seat. As people are also being

accustomed to renting for longer periods, a lot of tenants are signing up for two or three years from the outset with

rental increases of 3-5% per year written into their contracts. This keeps rental rises at a more sensible level as landlords

are being asked to commit to longer term tenancies.  Over the past few years, it’s been an intense market in the centre

like Clapham, Fulham and Battersea to get good value.”