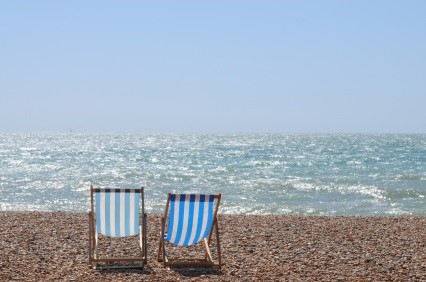 Rightmove reports a seventh consecutive monthly rise in the price of property coming to market, up by 0.3% (+£860), and the second successive national record.

New sellers are now asking 4.8% (+£11,561) more than a year ago, a big jump from the 2.7% annual rate recorded in June. With all regions showing a year-on-year increase for the first time since September 2010, several factors suggest this is a broader-based recovery, fuelled by the ‘aggregation of marginal gains’.
Click here to view the full report.

“The market is currently benefitting from the ‘aggregation of marginal gains’ where incremental improvements across a range of key market drivers help to slowly but surely build momentum. Rightmove’s lead indicators show increasing enquiries to agents and developers, new sellers and marketing prices. An important signal for a broader-based and sustainable recovery is that all regions of the country now have higher prices than a year ago firmly on the record”.


Confidence on the up:

Early findings from Rightmove’s latest Consumer Confidence Survey of more than 25,000 home-movers show that 62% of home-movers expect property prices to be higher a year from now, double the 31% recorded a year ago.

“Consumer confidence is key to the housing market and on this front there has finally been a year of minimal bad news, with a reasonable amount of good, after four years of pretty consistent doom and gloom. Barring a raft of bad economic news, we expect the positive impact of this on the property market to continue.”


More movers and more to come:

Evidence of an increase in housing transactions suffer from a considerable time-lag, but HMRC’s most recent year to date figures  are up by 5% on 2012, while Bank of England figures for mortgage approvals year to date are up 6% on last year. In a clear signal of new business building in the pipeline, Rightmove’s email enquiries to agents and developers are up 18% year to date compared with 2012.

“Confidence and the ability to take on long-term mortgage commitments give more buyers the spur to enter the market or trade up. The route from property enquiry to trading onto or up the property ladder has been cleared of some obstacles, resulting in a partial unblocking of pent-up demand.”

Markets don’t expect a base rate rise until the latter half of 2016* and the Funding for Lending Scheme (FLS) is now fulfilling its promise of creating competition that eases mortgage rates and increases availability. On top of that, Help to Buy, currently available for new build only (until January 2014), is capturing prospective buyers’ interest.

“The ability to borrow is increasing as the Funding for Lending Scheme starts to deliver, though it still favours those with better deposits. Lenders are squeezing their margins, and with the prospect of no base rate rise for three years consumers are increasingly aware of moving options rather than debt burden. With the Help to Buy scheme already breathing more life and confidence into the new-build market, and expected to have a similar impact on the resale market from January next year, the outlook for the second half of 2013 and beyond is increasingly positive”.

At the beginning of the year Rightmove suggested a more positive outlook for 2013 and forecast average national asking prices would rise by around 2%. Given what we’ve seen over the first half of this year, we expect the average asking price of property coming to the market in England and Wales will end 2013 around 4% higher. While the current annual rate stands at 4.8%, in recent years the gains of the first-half of the year have been eaten away in the second. Between June and December last year, asking prices fell by 7%. The signs are that prices in 2013 will not dissipate as they have in recent years.

“There will be significant underlying regional variations with some areas, primarily in the north, struggling to stay in positive territory for the year. London will continue to outperform the rest of the country and we also expect the South East, the main beneficiary of the ‘over-spill’ from the capital, to maintain its strong momentum, both driven by an on-going shortage of supply of property for sale. Asking prices in the capital are currently 29% higher than they were five years ago compared with 7% in the South East and just 5% nationally”.