Sellers drop asking prices for the first time this year 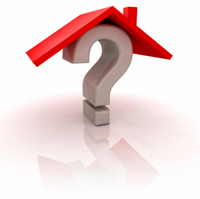 An early indication of where prices are headed in the second half of 2010 was presented this month with new sellers dropping their asking prices for the first time this year, down by 0.6% (£1,435). New seller numbers are now outstripping new mortgage approvals by approximately 5:2 which should give buyers the upper hand in terms of choice and price over the forthcoming months.

Miles Shipside, commercial director of Rightmove, comments: “The number of new mortgages being approved each month is less than half the number of new sellers, with the imbalance being exacerbated by the increase of nearly 50% in the number of properties coming to market compared to a year ago. More aggressive pricing is now the order of the day, which means that conditions are ripe for a strong buyers’ market in the second half of 2010. This is likely to see the average price gains of 7% for the first half of the year wiped out by year-end, in line with Rightmove’s original forecast for the year of no net change in prices”.

Average asking prices increased by £15,506 (7.0%) in the first six months of this year from £222,261 to a peak of £237,767 in June. While there will be some major variations between different local housing markets, we predict the national average will fall by a similar amount by year-end, reversing the gains recorded in the more buoyant first half of 2010. Sellers will need to continue to be more realistic in their pricing, as the number of mortgage approvals seems rationed at around 11,000 a week compared to the consistent weekly runrate of circa 30,000 newly marketed properties.

Potential buyers are keeping a beady eye on the market and seem to be looking for the right buy at the right price. In spite of the distraction of the World Cup, Rightmove recorded an average of almost 20 million pages viewed per day in June – up by 11% compared with the same period a year ago. Shipside adds: “Internet search activity is a strong indicator of pent-up demand and Rightmove’s high traffic shows that potential buyers are out there searching for the right deal”.

Early indications from the next quarterly Rightmove Consumer Confidence Survey, due out in August, suggest a swing to a more negative outlook on the future direction of property prices. In the April survey, before the election and emergency Budget, fewer than half of respondents (44%) believed that prices would be the same or lower in twelve months’ time. Of those surveyed so far in July, a majority (54%) now expect that prices will be the same or lower a year out, reducing for some the sense of urgency to buy.

Shipside comments: “Consumer sentiment is a major influence on the housing market and, while many would-be owner-occupiers are not swayed by short-term negativity or dips in prices, many harder-nosed investors will decide to circle and wait. The second half of 2010 could see some more motivated sellers falling into some canny buyers clutches, as conditions are looking ripe to pick up some good buys”.