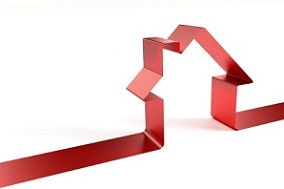 While nationally new sellers average asking prices increased by just 0.3% (£711), they were again outperformed by the confidence of the capital’s sellers who pushed theirs up by 1.1% (£4,470). This is the first increase in London new sellers’ average asking prices for three months, and is a timely positive sign for new sellers as it breaks the downward spiral of falls seen in the previous two months when prices fell by a total of 2.4%.

Miles Shipside, director of Rightmove comments: “This month’s price rise will come as a welcome respite to prospective sellers in the London area as they had witnessed falls in both November and December. Sellers in the run up to Christmas normally have a pressing reason to sell so chopped back their prices, while sellers launching to the market in the New Year are traditionally more optimistic.”

Rightmove have recorded rises in new London sellers’ asking prices in January for seven of the last nine years. This year’s increase has been assisted by upward price pressure resulting from a shortage of fresh property coming to market. Newly marketed properties in recorded in the January House Price Index were 5.4% down on the same period last year, and remain well-below pre-credit crunch levels of around 14,000. The heavy snow will have played some role in the low listing numbers, and it will be important to see to see to what extent figures bounce back in the next few weeks.

Shipside adds: “The market remains thin and open to some monthly price volatility. On the upside we have the shortage of fresh property stock that helps push prices upwards in the more desirable areas. Less popular locations and property types may find prices under pressure due to the deposit requirements of lenders limiting the budgets of buyers. As London has an international audience who rely less on mortgage finance to buy, we predict it will outperform the rest of the country yet again in 2011”.

As well as the rise in new sellers’ asking prices, there have been signs of pent-up buyer demand in January with Rightmove recording record levels of internet traffic. For the past three successive Monday’s Rightmove have had their busiest ever day, starting on Monday 10th January with 28.3m pages, which was toppled on Monday 17th with 29m pages and finally Monday 24th which saw a staggering 30m web pages of property served.  This activity pushed Rightmove up to as high as 7th in terms of most used websites by UK users.

The better value buys may well prove to be in lower priced areas where current mortgage restrictions affect the number of buyers most. All four of the cheapest boroughs have seen year-on-year price falls. Barking and Dagenham (-0.6%), Bexley (-3.1%), Havering (-3.1%) and Newham (-7.3%) have seen new seller asking prices down compared to a year ago.

Shipside adds: “Those areas hardest hit in a downturn often rebound strongest, and these four lowest priced boroughs all show prices even cheaper than a year ago. Affordability has improved, which tends to be a fairly rare event in the history of London property. While there is a flight to quality in less certain times, when markets bounce back it is the less favoured areas that often see the biggest percentage gains.”