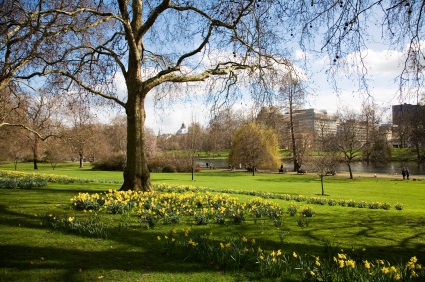 February often sees the beginning of a ‘spring bounce’ in the prices of properties coming to market in London, and there is again evidence of this in 2012 with a monthly rise in new seller asking prices of 2.5%.

This month’s average price of a newly marketed property is £449,252, less than 1% below the all-time high of £450,210 recorded in October of last year. This is partly fuelled by the cash-rich sectors of the market where buyer demand is exceeding suitable property supply, and evidence of continuing confidence in the capital’s property market outlook for the year ahead.

“The onset of the spring moving season generally leads to more ambitious pricing of properties coming to market in the early months of the year, partly due to estate agents vying for new seller instructions. With the on-going shortage of new sellers, prices will rise where the local market or a particular estate agent is short of a type or style of stock. With a buoyant market track record in 2011, confidence in bricks and mortar in the capital seems set to continue, with ‘seller-power’ twice as strong in London compared to the rest of the UK”.

Sellers’ reticence to come to market means that properties that are coming off the market are not being replaced at the same rate. Average weekly listings are currently running at circa 25% below pre-credit crunch levels, with new seller numbers in February running 9% below the levels of the same period in 2011. The current weekly run-rate of new listings is 3,918 compared to 4,305 this time last year.

“Upwards price-pressure is likely to be maintained in 2012, especially in the active cash-rich micro-markets with the greatest shortage of new listings. It is likely the next couple of months will see new asking price records in the capital as sellers of the right property in the right place where enough potential buyers have access to funding flex their pricing muscles”.

The three boroughs with the largest monthly rise in new sellers’ asking prices are Richmond-upon-Thames, Kingston-upon-Thames and Wandsworth. While borough level data is, by definition, of smaller sample sizes and more volatile on a monthly basis, it does seem to indicate the strength of demand for property in the very desirable west of London Thames-side area. Close observers of those boroughs should wait for the first three months price data of the year however, rather than taking the February rises of between 9% and 15% for these boroughs too literally.

“While there has been a lot of comment about foreign buyers fuelling central London prices, the boroughs of Richmond, Kingston and Wandsworth are well-off areas where Londoners want to live. They are solid middle to upper-class, and these figures are early indications that some of the heat in the foreign driven central market is spilling over into high demand in these sought-after Thames-side locations”.

47% of the 4,325 Londoners questioned in a recent Rightmove survey stated they feel the current housing market favours buyers and 24% that it favours sellers. When compared to the average for the rest of the UK, where 64% believe the current market favours buyers and just 11% sellers, this data provides evidence that buyers in the capital are in a weaker negotiating position than their counterparts in other parts of the country. The same survey also found that just over half of Londoners (54%) viewed property as a lower risk than other investment options, providing further evidence of confidence in property as an asset class.

“In some of London’s micro-markets buyers still have the upper hand, but in many hotspots the seller is the one in the driving seat. London property is also seen as a safe haven compared to other asset classes, adding to a confident housing market outlook for the year ahead in the capital”.