Strongest ever start to a new year 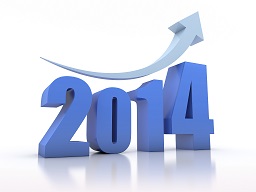 Early activity indicators suggest a strong 2014 for the housing market. The national average asking price has had its strongest ever start to a new year, indicating that seller and estate agent optimism is on the up, as are the number of properties coming to market and activity across Rightmove’s sites. January’s increase of just 1% (+£2,406) may appear modest at first but is in fact a record for this time of year. It also leaves the average asking price 6.3% (+£14,432) higher than it was a year ago, the highest annual rate of increase since November 2007, which was before the credit crunch started to bite.

“The early statistics for any new year are keenly anticipated as they indicate the shape of things to come in the year ahead. With a very strong start in both the price of property coming to market and the number of people looking at what’s on the market, it suggests that the new year resolution for many is to make 2014 their year to move.”

The 1% increase this month compares to a rise of just 0.2% (+£439) in January 2013. Over the last ten years January has seen an average fall of -0.2%, which is depressed by seasonal factors as the period includes a significant proportion of December as well as early January. New sellers’ and their agents’ price expectations are a lead indicator of optimism, and the largest rise seen at the beginning of a year since the start of the Rightmove House Price Index in 2002 suggests the anticipated demand is here, and consequently prices are ticking upwards. As a result more home owners will find themselves in a position where their growth in equity may help to fund a move.

“This is the strongest start to a new year for house prices that Rightmove has ever recorded, and that will get some potential sellers salivating at the thought of better moving prospects. The sums have to stack up for most property owners before they will consider a sale; some will have to achieve a higher sales price to fund a move while others will have a figure in their heads that they’re not prepared to go below. With buyer demand on the up and price levels having hardened, the likelihood of finding a buyer at an acceptable price will be a potential boost to new seller numbers, especially for those trading up and needing a decent deposit to access more competitive mortgage rates. Help to Buy phase two will assist new supply further by helping to increase the availability of low-deposit mortgages for existing home-owners, finally enabling ‘trapped sellers’ to move.”

“Activity on Rightmove is a dependable barometer of demand with intending buyers and sellers sussing out their local market. As well as a significant increase in activity on the Rightmove website, the growth of home-hunting from mobile devices continues unchecked with a 40% rise in leads to agents from phones and tablets. People seem to have an increased urgency for information about property, and are using whatever device is closest to hand.”

Seven year low in stock of property for sale

Average stock for sale per estate agency branch fell to its lowest level since February 2007, having fallen from 64 properties a year ago to a current level of 58. With those coming to market in areas of short supply having additional pricing power and their estate agents looking to replenish their dwindling stocks, those considering a move in 2014 should note the potential for prices to be considerably higher within a few months.

“Prospective movers in popular locations could find the price to enter the market or the difference to trade up a lot more enticing if they act sooner rather than later. With the lowest available stocks for sale on agents’ books for seven years and the new year showing that the signals are set for a busy spring, buyers in those areas with some pricing legs left will benefit from acting early.”

Number of newly marketed properties up

The need for extra supply of property to balance demand and lessen upwards price pressure is well documented, with more new build in both the private and social sectors and greater churn of the existing housing stock required. While home-owners have been unable or unwilling to come to market during the economic downturn, there are very early signs of greater supply of existing homes being a feature of 2014. Both the first week of 2014 and the most recent month saw increases in property coming to market compared to the same periods a year ago, up by 4% and 6% respectively. However, the number of new properties to market this month remains 31% down on the same month in 2008.

“Many home-owners’ lives have been on hold as they have been unwilling or unable to trade up, down, or out, though it looks like more are now deciding to act. This upturn in new sellers coming to market needs to continue, so that each rung of the property ladder is busy and better balanced, with those trading up swapping places with those trading down or not buying again. This will help with the overall supply shortage where housing policy has failed to keep pace with the growth in number of households. Help to Buy phase one pulled forward more house building, kick-starting more private sector supply. Social housing also needs to increase in supply to lessen reliance on the private-sector rental and sale markets, and the resulting upwards price pressure.”