Students warned – not if, but when 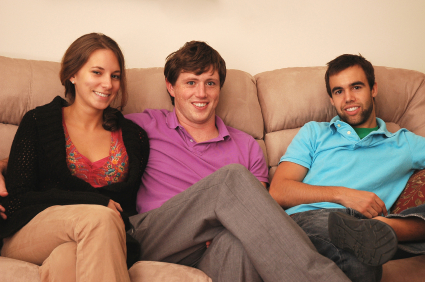 Police have backed a student campaign to reduce burglaries in Newcastle.

Volunteers from Newcastle and Northumbria Universities took to the streets of Jesmond and Heaton with balloons pointing residents in the direction of new website www.notifbutwhen.co.uk

The campaign was aimed at raising awareness of the rise in burglaries at student accommodation in Jesmond and Heaton and just how preventable the majority have been.

There has been 60 burglaries to student premises in the area since the start of the academic year in September, with a rise since January.

Most thefts have taken place after doors and windows were left wide open or unlocked with items including laptops, MP3 players and mobile phones left on display and stolen.

The Jesmond and Heaton Neighbourhood Policing Team together with Safe Newcastle backed the campaign – which saw students warn their fellow students about the issue. They took to the streets for several hours on Tuesday and Wednesday afternoons.

Jesmond and Heaton Neighbourhood Inspector Louise Cass-Williams said: “We’ve been running an operation in the area since we saw a rise in burglaries at the turn of the year and this has included additional patrols in key areas at key times, delivering leaflets to local residents, working with the universities and using Bluetooth technology, amongst other things.

“In the majority of the offences that have taken place burglars have got in through insecure doors and windows, sometimes where they’ve been left wide open, and we’ve been striving to make sure everyone has the relevant security advice.

“It’s vital people are aware there are opportunist burglars who will take advantage of such an open invitation. So we’re pleased to be backing students at the university who have been running a campaign to raise awareness of the issue amongst their peers.

“The balloons point people in the direction of a new website, which hopefully they will log on to and get all of the relevant crime prevention information to reduce their risk of falling victim to a burglar.

“The idea of having the high profile student and police presence in the areas with the balloon campaign was also to generate some activity and interest from all residents about the issue. I hope everyone takes notice and we can continue to reduce the number of offences taking place.”

Log on to www.notifbutwhen.co.uk for more information and for links to university, police, and Safe Newcastle websites.