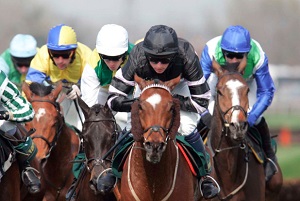 It’s arguably the most famous race in the world, so it’s no wonder the nation temporarily swapped their house-hunting for horse racing on Saturday afternoon.


There were over two million visits to Rightmove, the UK’s busiest property website, throughout the day on Saturday by people searching for their dream home.


The appeal of the 167th Grand National saw a temporary 15% dip in traffic via desktop and a 12% dip by people using mobile devices, as the race gathered pace and ended in victory for Pineau De Re.


Head of Communications at Rightmove, Matthew James, commented:
“This isn’t the first time that we’ve seen a stand-out sporting event hit our traffic. It happened last year when Andy Murray served for Wimbledon glory and in 2012 when we picked up three dips on Super Saturday which tallied perfectly with Greg Rutherford, Jess Ennis and Mo Farah winning gold. These are national distractions which show up as blips on our traffic charts, but it doesn’t take long for people to come back after the event finishes, especially as more and more people are searching Rightmove using their mobile. Although the majority who had their annual flutter on the race probably didn’t win a life-changing sum or anything at all, there might have been a lucky few who were able to up the price band for the home they’re looking for when they returned to Rightmove!” 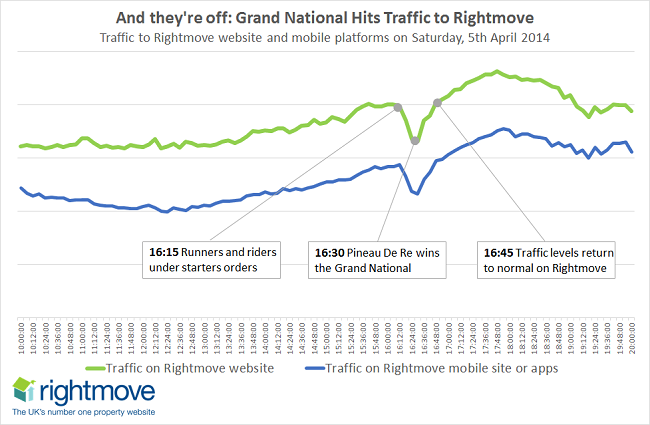