What would you save in a house fire? 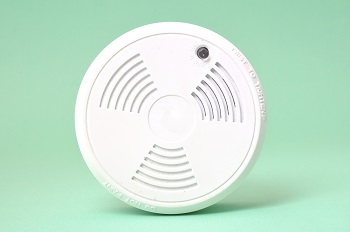 It’s a question nervous interviewees and first daters might cringe at, but it always elicits an interesting response: What one item would you save from your burning home?

Aside from family and pets of course, for many of us this question is a tough one. Do we grab our extra limb – aka our smartphone – that we use every day and can contact all our friends and relatives on in the event of such a tragedy? Or something more sentimental and precious, such as family photos?

According to research, when it comes to listing valuables on a home insurance policy many people (34%) would consider their laptop their most expensive possession but don’t take into account their garages, which could hold £138 of booze and BBQs in the garden that are worth £290 on average.

Kevin Pratt, an insurance expert at MoneySuperMarket, noted that those taking out home insurance to cover expensive items should also check the small print carefully on their policy. He explained:

“You should check the terms of cover for items in the garden or garage.

For example, a bike might be insured while it’s in your garden, but only if it’s secured to an immovable object.”

While home insurance might not bring back these irreplaceable, sentimental pieces should they perish, it can save you heartache and trouble when it comes to getting back on your feet and re purchasing everything else.

So what would people consider to be the most important item to collect, before they exit that burning building? Let’s take a look:

Late family possessions encourage sentimentality and for many people these are the items they would run for first. Ornaments and heirlooms once owned by another family member cropped up the most and the items themselves were varied and unusual.

James Perrott from Peterborough talked about an ornament once owned by his Grandma:
“I have a steel ornament of a drummer that my Grandma held dear, from my late Grandpa and now that she has passed away also, this is now with me. It means so much to me and losing that would kill me.”

Another respondent has a ceramic chicken they would not want to lose. They explained:

“It was my Nan’s and I always remember walking into her kitchen to help myself to some sweets and seeing the chicken on top of the cupboards. When she died, I asked to keep it and now it is one of my most treasured possessions”.

“My grandma left me all her old books in her will when she died, and I have a bookcase full of old classics, but if I was to rescue just one it would be a copy of The Mill on the Floss that she gave me with the inscription inside which says: For my darling grand-daughter, Julia, who loves the smell of old books.”

A family recipe book – “I’d rather have burnt lasagne than a burnt lasagne recipe!” the respondent said – and a wireless radio, were also featured on the list of family heirlooms people would save.

Print photographs were also considered important enough to risk braving the flames, which comes as a surprise as more and more people move away from keeping printed copies of recent snaps.

In fact, research has discovered more than half of Brits (55%) admit they no longer print their pictures. But for many, these photos are older than even them and irreplaceable, tucked safely away in albums and only brought out at family gatherings.

Sheila Johnston from Northern Ireland, is one such person who would save those precious memories. On Twitter, she said:

For many of us our favourite images can be located via social media or on a cloud service, but those old baby photos and prints of relatives who are no longer with us, we usually have no back up for. For example, Kevin Hughes, from Lincolnshire, has a picture he enjoys looking at every day, which he would make every effort to take with him:

“I have a printed colour picture taken years ago of myself and my little brother when we were kids, with my Nan and Grandad. It’s on a pin board at home and I look at it everyday. We all look so happy and it evokes some of my fondest memories.”

“I would save the old family photo albums. My dad was the only one out of his siblings to take photos of his family growing up, especially of my late grandparents, and of us kids growing up. No one else has copies of these photos so I would 100% save these.”

The prospect of losing a cherished memory is simply what determines a person’s item of choice, a late relative’s photo might be backed up on the computer but there is nothing more precious than the original.

Many of us have taken care of a beloved teddy bear or an action figure over the years, and we would immediately reach for these over everything else if we could save just one thing from a burning building.

Gary Curtis from Stamford has an old Action Man he has kept in good nick since childhood that sits in pride of place on his shelf that he would make a grab for, while a Buzz Lightyear toy was also suggested by another respondent. Teddy bears were also a common item to rescue, as well as handmade blankets and cushions gifted to people as babies by parents and grandparents – these are the things you really can’t replace.

However, it’s not just sentimentality that comes into play. Interestingly for some, the prospect of losing productivity and missing out on work was something to be feared, so the first item to grab would be their laptop. Hayley Smith on Twitter claimed that she would grab her Mac: “so work wouldn’t be disrupted.”

For many people, the logical item to grab in the event of a fire would be those important documents such as your home insurance certificate, passports and birth certificates.

Tracey Davey, based all the way in Sydney, Australia, noted that, “passports and birth certificates,” would be her first priority, while another respondent initially put forward a penny jar he has been adding to for years before changing his mind.

“It might actually survive a ‘normal’ house fire as the temperature may not get high enough to smelt them [the pennies], so I’d save my insurance documents!”

“My Louis Vuitton,” Rachael Lee from Stafford commented, when asked if this was because it held some sentimental value she responded: “No, it’s my most expensive and it was on my bucket list.”

Which points us towards a new sort of sentimentality, as people wish to keep memories of experiences and what they consider lifetime achievements. Rachael purchased her bag from a Louis Vuitton store, and as well as experiencing the excitement of buying from the luxury brand direct she was also gifted a bottle of Moët, as it was purchased around her birthday.

This experience is something she cherishes; therefore, the bag is her first option when it comes to saving something from a burning building. A Mulberry Alexa handbag was also put forward as an important item to save, by another person taking part.

But for many of us, our one item to rescue from the flames is of sentimental value, something priceless that can’t be replaced should tragedy befall it. For everything else we own there’s home insurance, which can save us plenty of heartache when it comes to picking up the pieces and moving on after something breaks or our home is damaged.

With this in mind, Samantha Owen simply responded on Facebook: “If my house was burning down, I would just leg it.” It’s hard to consider losing sentimental items and belongings we’ve purchased over the years, but perhaps she has the right idea putting her own safety first!

So what would you save from a burning building, and why?

Out of 50 people, here’s what they would save: 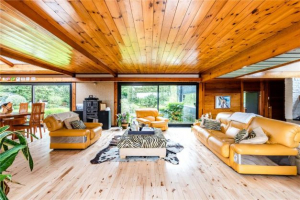