Widest ever price gap between the North and South 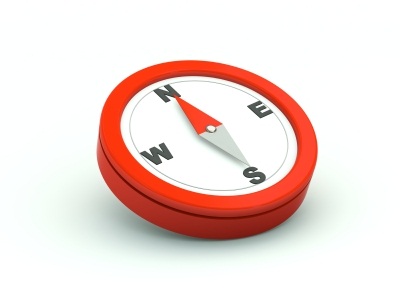 However this figure masks a two-tier market in which the price gap between the north of the country and the south has never been wider. Asking prices in the south (East Anglia, South East, South West and Greater London)  increased by 4.7% over the past month but fell 0.7% in the north (East Midlands, West Midlands, Wales, North West, Yorks & Humber and North East), and average property prices in the south (£336,743) are now more than double those in the north (£164,347).


Rightmove director Miles Shipside comments: “While those in the affluent south may have cause to celebrate their prices being well up on this time last year, prices in the north continue to go backwards, leaving the widest price gap ever. For the average asking price of a property in the south you could now buy two average properties in the north and still have enough change left to buy new carpets and curtains.”


Compared to the beginning of the credit crunch four years ago, prices of properties coming to market have risen by 5.4% in the south but fallen by 9.6% in the north. In the last year, sellers coming to the market in the north have on average reduced their asking prices by 2.6%, while those in the south have felt able to put them up by 3.9%. Price decreases usually result when negative sentiment, influenced by uncertainty around employment and tightening of finances, rises. Of the seven UK regions with the highest unemployment levels six are in the north, so employment concerns, especially in the public sector, will be exerting downwards pressure on prices and activity in many northern areas. This will be exacerbated by lenders favouring buyers with higher deposits, where the less affluent north also fares poorly.


Shipside adds: “There is quite a simple formula to generate activity in the housing market, and access to finance through the ability to raise a substantial deposit and a secure job to fund repayments are the key variables. If prices are perceived to be rising then buyers are afraid that their dream home could move out of their reach unless they act quickly. These drivers of higher volumes of transactions and more buoyant conditions are more prevalent in the south”.


At 52,410 the Bank of England’s mortgage approval figures for August (seasonally adjusted) are at their highest level since the end of 2009. While still half the average number seen from 2000 to 2006, it is worth noting that they are nearly twice the 26,333 seen during the trough in April 2008. With base rates at record lows and more competition among lenders for higher deposit borrowers, those with sufficient equity have more opportunity to trade up, especially if there is the incentive of rising prices. With mortgage approvals recovering to levels similar to two years ago, it seems that owners in London are enjoying the biggest growth in equity and should be feeling positive about trading up.


Shipside adds: “Low rate mortgage deals will only benefit those with the requisite high deposits, and at the moment the best equity growth has been seen in the London market. With record prices in the capital, some will be priced out of the best areas and will either have to stay put or look for value further afield. lf they are looking to move to the north of the country, the growing price gap will let them buy a lot more house for their money”.