The importance of planning permission 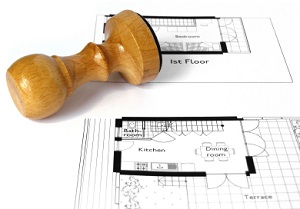 When moving to a new property with the sole intention of refurbishing it, Fox Moving & Storage always advise you to follow the conditions of your planning permission to the letter.

Untold problems can occur when small time developers believe that a change here or there will not matter in the grand scheme of things.  This could end in disaster, just as one business man found when he decided to add ‘minor adjustments’ to the renovation of his home.

Mr Shah spent over £100,000 transforming the property from a 1960’s bungalow into a seven-bedroom home for him and his family.  He says that he has spent his entire life savings adding two extra storeys to the property, which was flat roofed when he bought it.  He has also added sweeping balconies and turrets to the design of the house.

His local council have however stated that what has been created is not what he initially had planning permission to do.  Therefore they feel that they have no choice but to serve Mr Shah with an enforcement order to demolish his dream house.  The council says that the property is now being classed as a ‘new build’ because he has far exceeded the 45% increase in floor space of the old property.

Mr Shah decided to apply for retrospective planning permission citing the ‘minor adjustments’ to the bungalow, hoping that this would grant him planning permission.  However this has also been refused because the house has been ‘built’ in a green belt area and also one of outstanding natural beauty.

Mr Shah is now appealing against the decision admitting that he may have ‘bent the rules slightly’.  However he disagrees with the council’s opinion that he has increased the floor space of the property by 200% and wants to know why the council decided to wait eighteen months, until the property was completed, before deciding to raze it to the ground.  He believes that the property has only increased in size by 12 to 15% and he did this so that his property would look more aesthetically pleasing.  In his opinion the old property was dilapidated and an eyesore so he believes he has made the renovated property blend into its surroundings.

The property is located in Barton-Le-Clay in Bedfordshire and Mr Shah bought it back in 2008 for £750,000.  He began extending it straight away and re-named it The White House, as it is set back from the road by around 200ft with a winding driveway up to the front door.  The neighbours are 20 yards away but that has not stopped Bedfordshire Council receiving 11 formal complaints from them who describe the property as an ‘eyesore’ which ‘stands out like a sore thumb’.  The Parish Council has even got involved describing the house as ‘disproportionate’ and ‘out of character’.  Mr Shah’s argument is that the house does not overlook anyone and it can clearly be seen from the road so any problems should have been brought forward earlier.

However a local Councillor disagrees, stating that councils have to follow planning law and regulation.  This house is well outside planning regulation and for that reason it is classed as unlawful development.  As a result they have to act on behalf of the residents and issue an enforcement notice on it.

Fox Moving & Storage cannot stress enough that anyone buying a property with the sole intention of renovating it has to abide by what is stated in the planning permission.  What Mr Shah has cited as ‘minor adjustments’ is what the council classes as a ‘new build’.  After eighteen months of renovation and £100,000 of his life savings now gone, Mr Shah has learned the hard way that planning permission has to be followed by the letter.

This article was written by www.fox-moving.com.