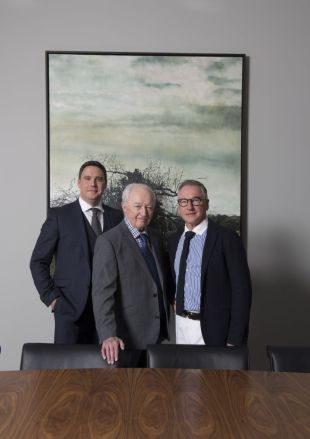 Newton Letting was originally started by Stephen ONeill in 2005, as part of Newton Property Management.

Our managing director, Riccardo Giovanacci, joined the company in 2007 as a trainee letting agent under the tutelage of Stephen  who spent the next 3 years showing him the ropes from the bottom up.

In 2010, Riccardo left the business to work in London then returned to Glasgow in 2011 to begin working at another agency. Over the 6 years, Riccardo worked in both letting and estate agency until he was asked to return to Newton as their Letting Director.

The letting department was purchased in March 2019 and now runs under the name of Newton Letting -proud to continue on the legacy that Stephen had originally built.

Riccardos grandfather, William ONeill, had worked in the industry since the 1950s, running one of Glasgows first estate agents in the citys West End. As a third generation family member working in the industry, Riccardos looks to continue his familys long established reputation throughout Glasgow.

Disclaimer: The information about this Agent is provided by the Agent themselves as an advertisement for their agency services. Rightmove is not endorsing this Agent and makes no warranty as to the accuracy or completeness of the advertisement or any linked or associated information, and Rightmove does not check or verify the accuracy of the content. The information is generated, provided and maintained by Newton Letting, Glasgow. Please contact the Agent directly to obtain further information about their property services.

Fax: 0141 222 2171
Email agent
This site: Site mapHelpCookiesSafety and securityTerms of UsePrivacy Policy
Major cities and towns in the UK: