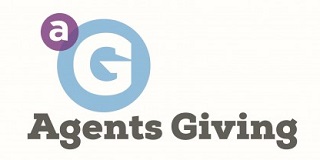 The Rightmove Fund has already contributed to events and fundraisers organised by agents that have collectively raised more than £100,000.

The Fund, setup in June and administered by Agents Giving, was setup to help agents cover the set-up costs of fundraising events.

By helping agents with setup costs the Fund hopes to inspire more people to get more fundraising initiatives get off the ground and give would be fundraisers the confidence to think bigger with their fundraising targets and raise even more for charity. Agents have so far used the fund in covering costs from buses to and from event to a support sledge for an arctic crossing!

Miles Shipside, commercial director at Rightmove, comments: “It’s great that the Fund is helping to take a bit of the financial strain out of the setup of these events and inspiring more people to raise even more for charity. Grants up to £1,000 are available but don’t put off if your request is more modest. A recent grant of £10 for ingredients for a bake sale helped raise £260!”

The Fund is open to letting agents, estate agents, house builders and developers who can apply for grants up to £1,000. Recent successful events include David Lench from Arun Estates’ cycle ride from Land’s End to John O’Groats that raised an impressive £75,000 for Action Medical Research and ChYps – Ellenor Lyons Hospice, as well as a football match organised by Balgores Lettings in Essex that raised nearly £17,000 for Haven House.

Over the coming months South Wales auctioneer Paul Fosh will undertake a gruelling Arctic ultra-marathon for MacMillan, and Luke Jones from Fresh Start Properties in Bridgend will attempt to run 250 miles over five days next April for Cymorth I Cerys. With funding still available, agents and developers should think about how they can use the Rightmove Fund to support their fundraising activities in 2015.

Jane Webber from Agents Giving, who administer the fund, praised the agents who have so far utilised the fund. She told us;

“Since the launch it has been great talking with agents, listening to their stories and helping them with their fundraising. People support charities for many different reasons but there is usually either a personal or local connection and this is what drives them to raise as much money as they can. And it is great to support all efforts both great and small.”

Any agents or developers interested in applying can fill in an online form at: