Sports Personality of the Year sells his equestrian manor! 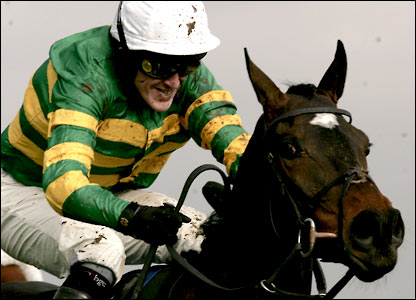 He won the Grand National last year so it wasn’t going to be long until he sold up and moved somewhere equally grand. That’s not to say his current abode is anything less than spectacular.

Check it out here!

Top jockey Tony McCoy is selling his 6,500ft2 country house in Lambourn for £2.5million. Set in an area known as ‘The Valley of the Racehorse’, Lodge Down House is a sprawling mansion with over 38 acres of land set in stunning Berkshire countryside. With endless space like that, you’ll never need to worry that your late night parties will wake the neeeeigh-bours! (ok, bad joke…)

Tony bought the country manor back in 2006.  The property comes complete with five bedrooms, four reception rooms, a self-contained annex, posh electric gates and beautifully landscaped gardens. What once was a B&B is now filled with horse-racing memorabilia including his recent BBC ‘Sports Personality of the Year’ accolade.

McCoy has won more than 3,000 races and racked up a bone-breaking 680 falls. This hasn’t stopped the sportsman from staying away from his equestrian friends though – the jockey has gained permission to build a 10,000ft2 family home with space for sixty stables (that’s a lot of horses!)

If you see yourself as the next superstar jockey check out these equestrian properties across the UK – perfect for practicing your galloping skills!